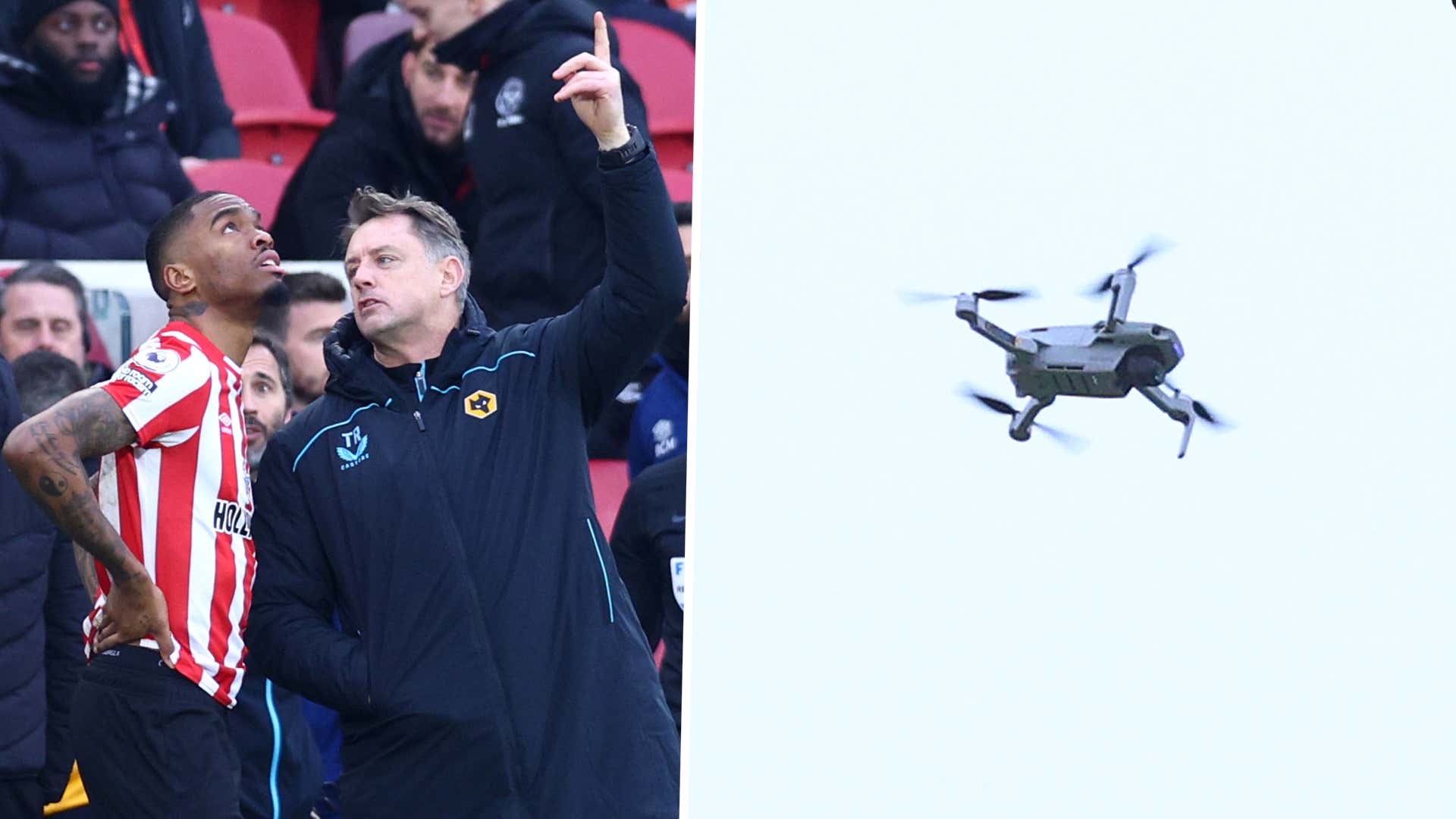 Brentford and Wolves were forced off the field of play for nearly 20 minutes during their Premier League clash after a drone caused the brief suspension of Saturday’s game.

The Bees and their visitors were roughly half an hour into their game at Brentford Community Stadium when the unauthorised craft was spotted above the field of play.

Referee Peter Bankes was forced to remove both sides from the field of play, although play was able to resume 16 minutes later with the score at 0-0.

In accordance with Premier League rules, the game had to be paused when the unknown drone was seen above the pitch in order to ensure the safety of the players.

The match was subsequently resumed after a lengthy delay, with 19 minutes of time added.

There had already been a previous lengthy stoppage for a clash of heads between Brentford duo Mathias Jensen and Rico Henry, which saw both players substituted shortly before the game was brought to a halt.