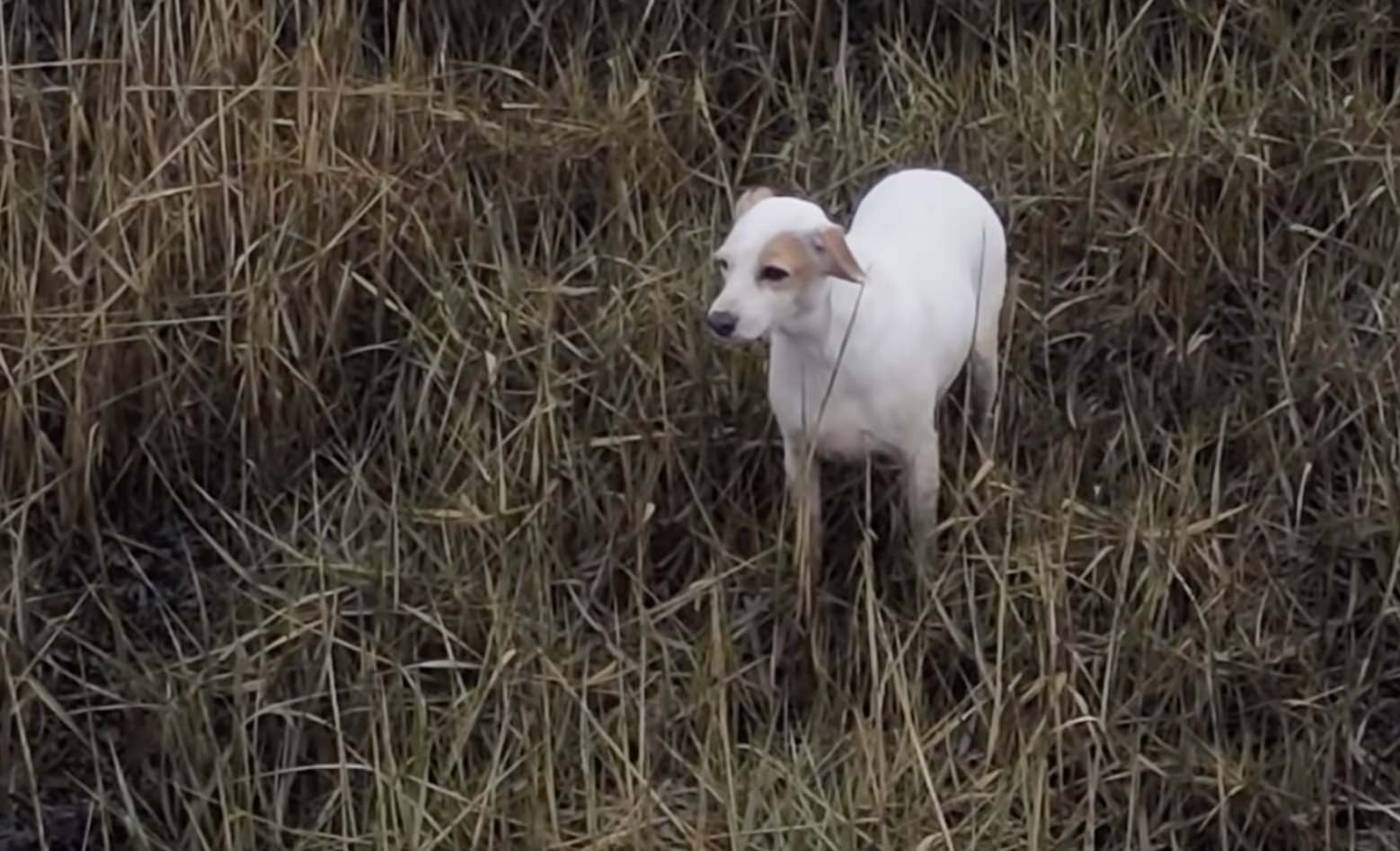 Millie, a Jack Russell-Whippet had resisted efforts by police, firefighters, and coastguard members to bring her back to safety from the mudflats that would soon be submerged by the incoming tide. As the situation became more desperate, the rescuers had to get creative and decided to attach a sausage with a rope to a drone to lure the dog to safety.

The scent of meat was too hard to resist for Millie and she followed the sausage that was attached to the drone to safety. TheJack Russell-Whippet was soon reunited with her relieved owner, The Guardian reports.

Chris Taylor, the chair of the Denmead Drone Search and Rescue team agreed that, “it was a crazy idea.”

However, the rescuers decided to press ahead with the idea afterchecking Civil Aviation Authority regulations and running the numbers on the aircraft’s maximum takeoff weight to find out if they could safely attach a sausage to their drone.