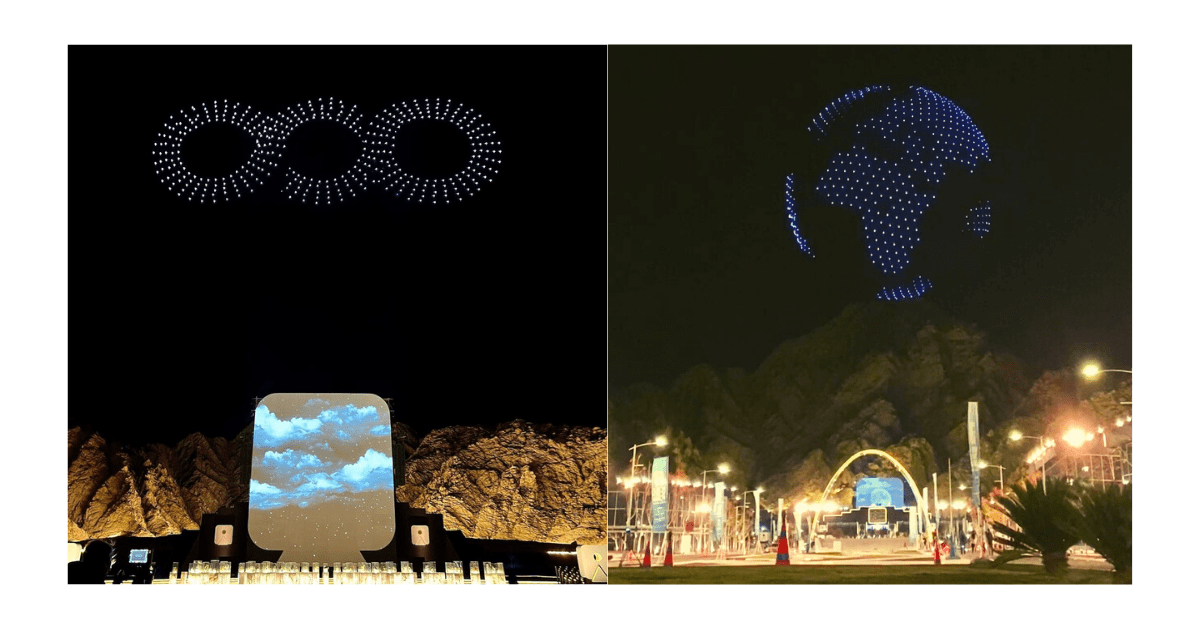 Egypt is famous for its harsh drone laws. But last week, something amazing happened. The country hosted its first-ever drone light show. And it did so to rally together a group of youth from 196 African, European, Asian, North American, and Latin American countries.

The drone show was organized to commemorate the fourth edition of the World Youth Forum, a platform where young leaders engage with top policymakers and prominent figures from across the globe to discuss issues such as climate change, human rights, entrepreneurship, and technology.

Held under the theme of “Back Together,” the forum was inaugurated by Egyptian President Abdel-Fattah El-Sisi and the First Lady, who then also witnessed the country’s first-ever drone light show.

The drone show, meanwhile, was put together by a team of Russian engineers from Geoscan, who have delivered more than 100 successful projects worldwide. For this particular event, 500 drones were used.