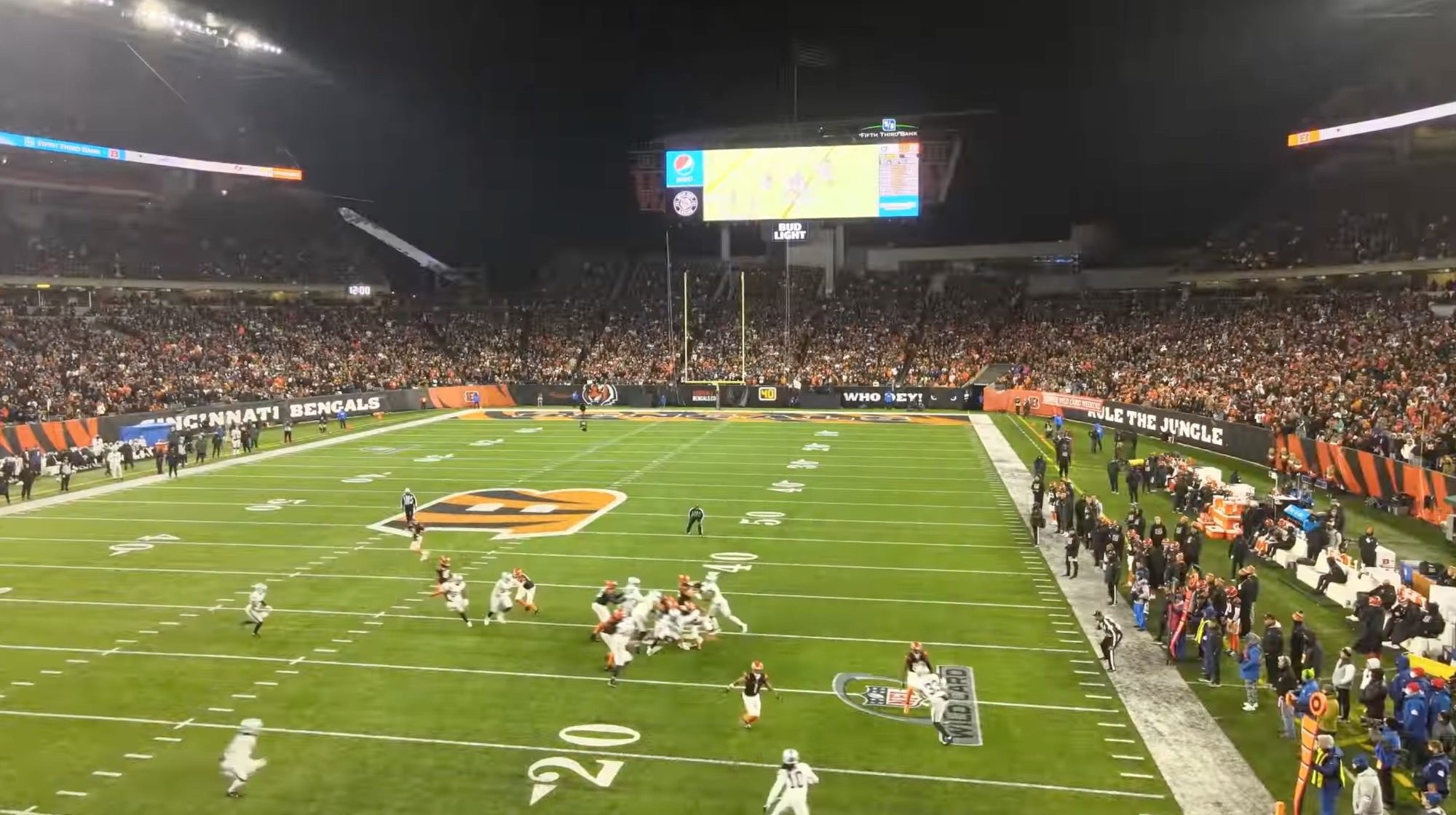 Every so often, we come across illegal drone footage. Today we received an email from one of our readers (thanks Vic!) pointing us to this drone video of the Cincinnati Bengals game last weekend.

Last Saturday, the Cincinnati Bengals played the Las Vegas Raiders. One drone operator thought it would be a good idea to capture some illegal drone footage of the football game. Not only did he or she illegally fly the unmanned aircraft over the game, but the same person (BrickByBrickProduction513) also posted the video on YouTube.

In the short clip, you can see the drone flying over and into the stadium as the evening is setting in. At some point, the drone is about 20 feet over the field as the game is being played. A little later the drone flies in front of the spectators, some of whom seem to be waving at the unmanned aircraft.

This illegal drone video has to be one of the most offensive examples we have seen recently. In all likelihood, a number of the Federal…