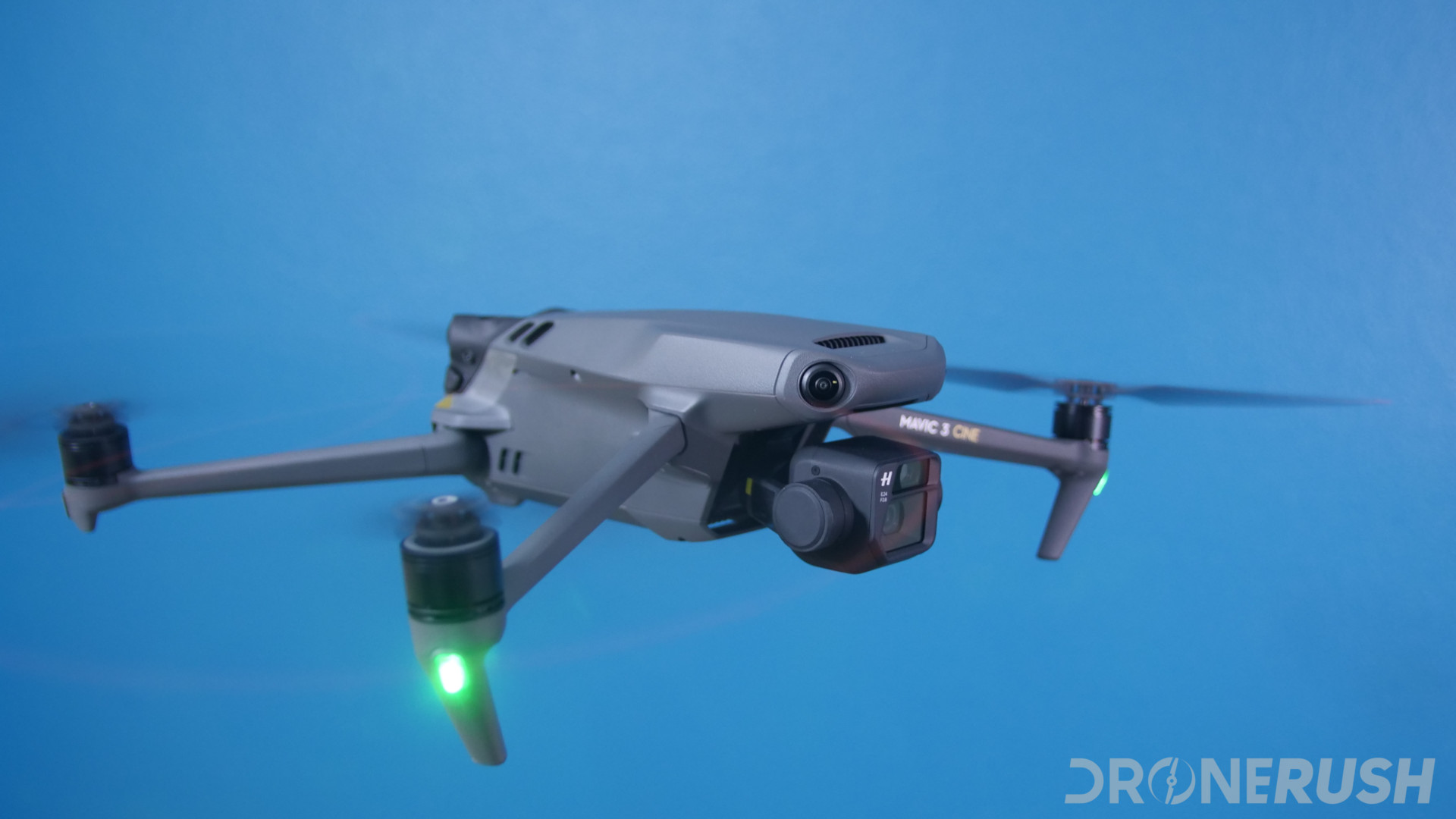 Launched in November, 2021, the DJI Mavic 3 is the kind of drone that inspires our work here at Drone Rush. This DSLR-caliber flying camera shoots the best aerial imagery ever from the Mavic line. That’s a dual camera setup that captures up to 5.1K video, and pushes things to the limit with a hybrid 28x zoom.

Some may argue that the Mavic 3 is just an iterative update over past Mavic drones. As true as that is, the number of features that have been updated take things to new levels in almost every way.

Note: We flew the DJI Mavic 3 Cine for our review. This top-tier unit includes an internal SSD and the new DJI RC Pro remote control.

Picking up where the Mavic line left off, the Mavic 3 continues to be a compact, folding quadcopter. Though, this is one of the largest in the Mavic series, particularly when unfolded, as the stance of the drone has changed. The Mavic 3 stands much taller, and the front propellers no longer spin over top…