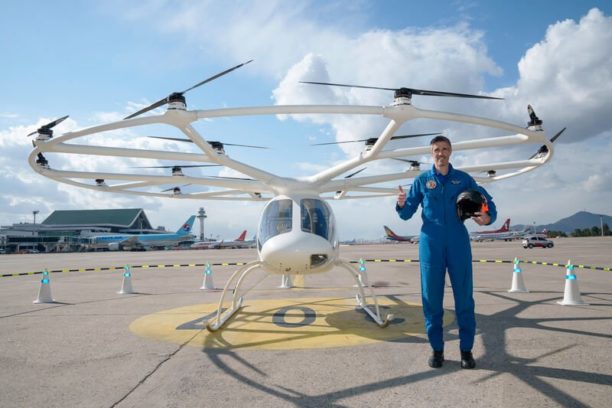 Volocopter, the German leader in urban air mobility (UAM), has concluded the first test flight of its 2X aircraft in Seoul, South Korea. The event marked the first ever crewed public test flight of a fully electric vertical take-off and landing (eVTOL) air taxi in South Korea. The milestone test flight was witnessed by South Korea’s Minister for Land, Infrastructure, and Transport (MoLIT) Noh Hyeong Ouk, together with senior officials from the Delegation of the European Union to the Republic of Korea and the German Embassy.

Held at Gimpo International Airport, the 5-minute crewed test flight covered a distance of roughly 3 kilometers, with the 2X reaching a maximum altitude of 50 meters and a maximum speed of 45 km/h. The flight was conducted as a part of…