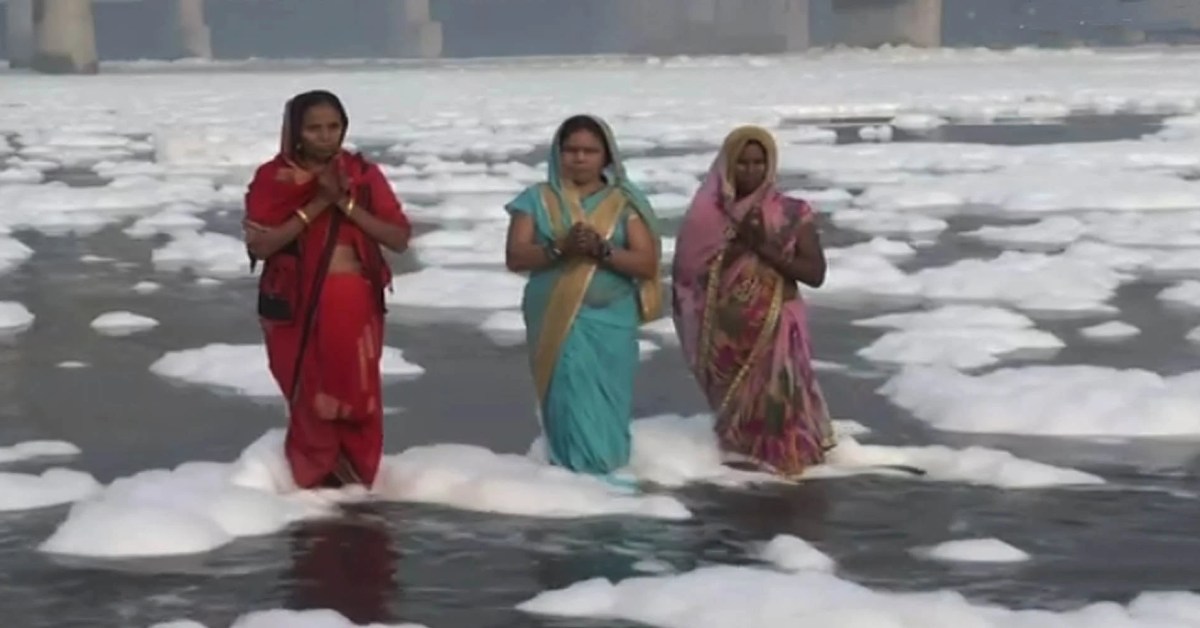 India has many sacred rivers, but that doesn’t mean they always get respect. The Yamuna River is so polluted this week that devotees had to wade into a kind of noxious bubble bath to celebrate the festival of Chhatt Pooja. Watch this drone video that shows the Yamuna’s toxic foam.

Thousands of worshippers plunged into the Yamuna, despite the obvious signs that something was wrong.

The foam appears to be the result of untreated sewage. Detergent, industrial effluents, decomposing vegetation, and bacteria all combine to give the river an almost wintry look. But the odor is more than enough to indicate that this is no alpine stream.

“It’s a sewer,” worshipper Ravi Shankar Gupta told the New York Times. “But the sun deity says: ‘Even if you stand in a gutter and make an offering, I will protect you for the rest of the year.’”

Chhath Puja is a four-day-long festival dedicated to the sun god Lord Surya.