US cannot atone for its Afghan drone massacres with blood money 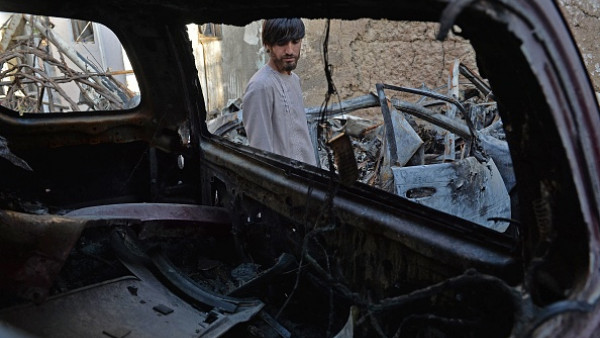 Compensating drone strike victims in Afghanistan is about more than money, it is also a demand for Afghan humanity and to recognize the destructive War on Terror lie that Muslim identity, in and of itself, equals terrorism, writes Khaled Beydoun.

A relative of Ezmarai Ahmadi, is pictured through the wreckage of a vehicle that was damaged in a US drone strike in the Kwaja Burga neighbourhood of Kabul on 18 September 2021. [Getty]

Another US military “mistake” left ten innocent Afghans dead, with their remains splattered and scattered in front of their homes.

On 29 August, shortly after the Biden administration announced a full-scale military evacuation from Afghanistan, Ezmarai Ahmadi and nine of his family members were killed by a Reaper Drone that fired Hellfire missiles. Ezmarai was an aid worker with a California-based charity group, but US intelligence believed he was an ISIS operative.

Seven of the ten victims were children, including three-year-old Malika. Emal, Malika’s…