Skip to content
Home » Reviews » Forget Autel Evo III, even Nano and Lite may not ship until Feb. 2022

Forget Autel Evo III, even Nano and Lite may not ship until Feb. 2022 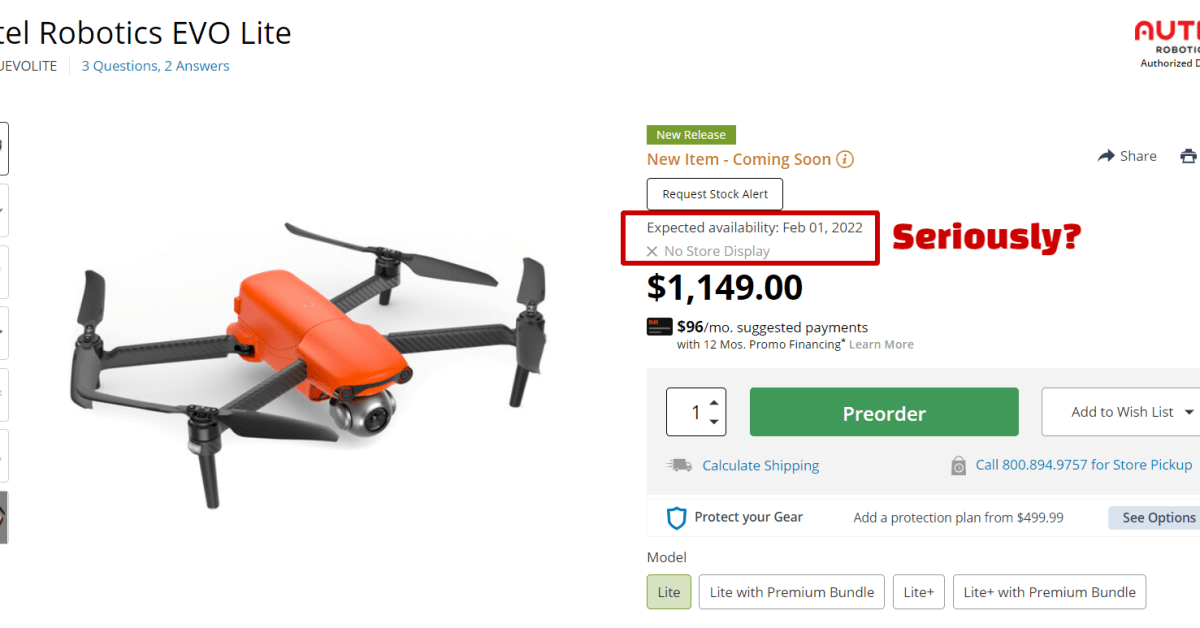 Waiting to pick up the sub-250-gram Autel EVO Nano or the Autel EVO Lite mid-range drone this holiday season? You may want to explore other options.

After numerous leaks, Autel officially announced two new drone series – EVO Nano and EVO Lite – with multiple configurations on September 28, 2021. It’s been more than a month since the underwhelming launch of what look to be great products, but we’ve yet to receive an update on the shipping.

At the time of launch, authorized dealers had indicated a timeline of late October or early November. But now, it would appear that Autel Nano and Autel Lite drones may not hit the shelves until next year.

According to B&H Photo Video, which is accepting pre-orders for the new Autel drones, the Nano and Lite would become available only on February 1, 2022.

Here’s a screengrab that shows the expected availability of the Autel Nano on B&H:

And another, showing the in-stock forecast for the Autel Lite…