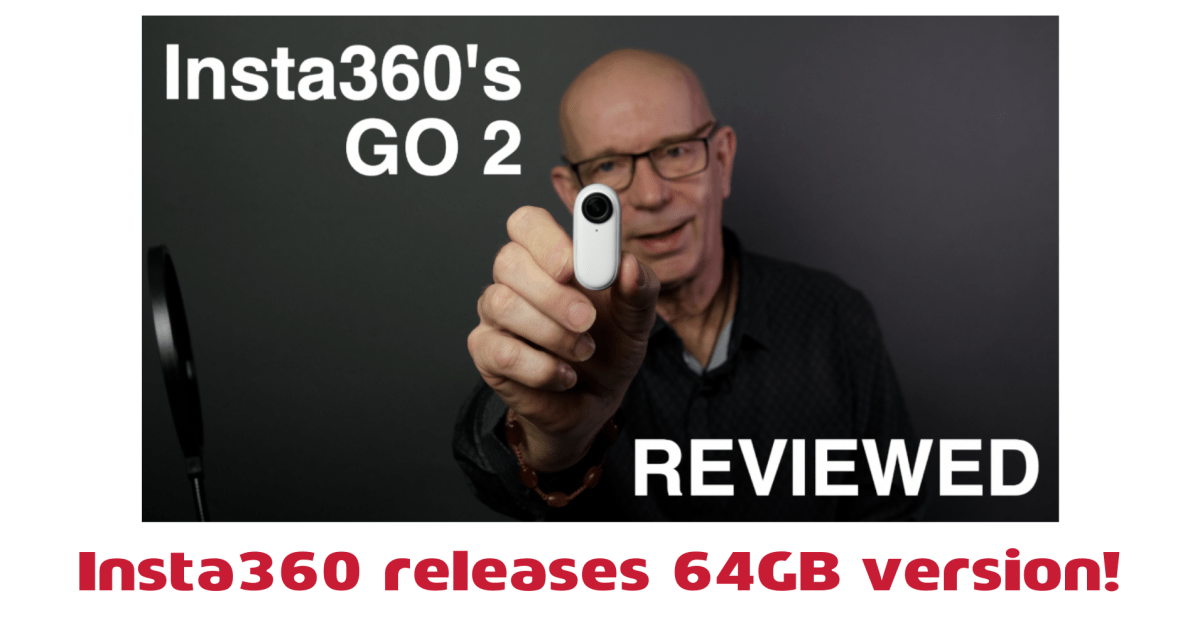 You’ve likely heard of Insta360’s GO 2 camera by now. It’s the latest generation in the company’s GO series, which broke the mold for tiny, versatile, feature-packed action cameras. Today, the company released a 64 GB edition of the same camera, priced at $329.99. We’ve had the opportunity to spend some time with the $299.99 32 GB version (which is otherwise identical), and we’re impressed.

The first thing to know about this camera is that it’s about the size of your thumb (assuming you have an averaged-size thumb). Really, for a 2.5K resolution (1440p) action camera, it’s crazy small. The second thing to know is that it’s light, weighing a mere 27 grams. That’s just shy of an ounce, meaning it’s ideal for sub-250g drones (though we’ve seen it mounted on larger gear).

And the third thing to know? There is a *ton* of technology jammed into this thing, which works seamlessly with the Insta360 app (which is a big part of the experience)….