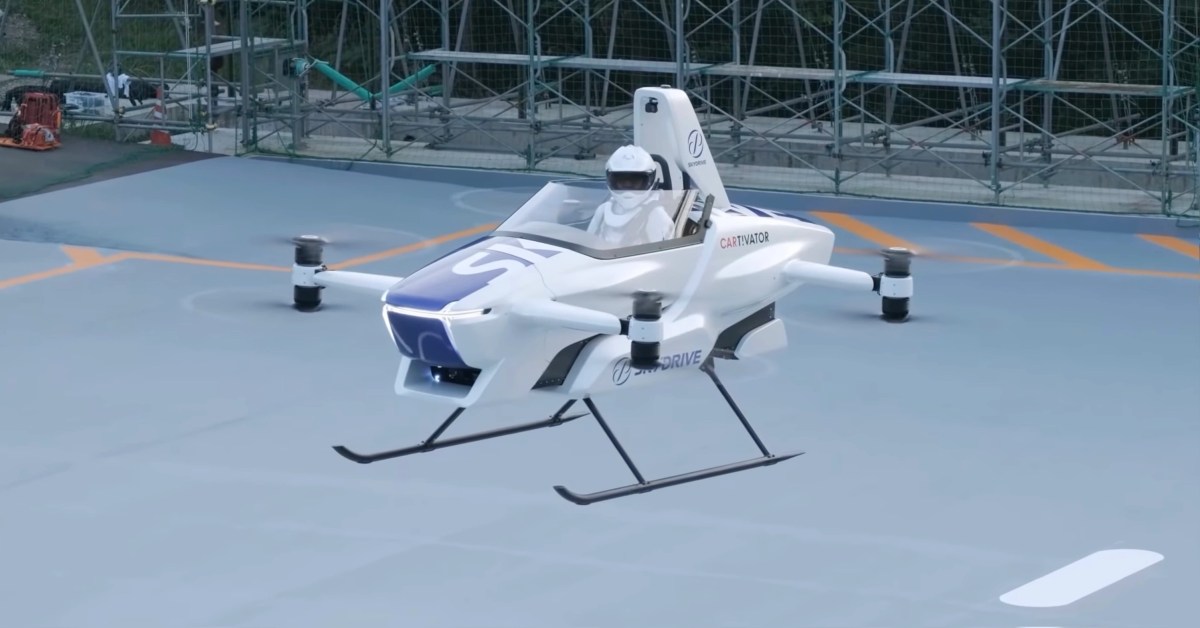 A drone-like electric aircraft developed by a startup in Japan has taken an important step toward commercialization after receiving a safety certificate from the government.

The current design of SkyDrive’s SD-03 “flying car” has a single seat with a body about the size of a small car. Resembling a large drone, it flies using eight propellers (two sets at the end of four arms) and can reach speeds of 30 mph (around 50 kph) during trips lasting up to 10 minutes.

The video below, shared by the company earlier this year, shows the flying machine in action.

In the last few days, Japan’s Ministry of Land, Infrastructure, Transport, and Tourism (MLIT) issued a certificate confirming that the design, structure, strength, and performance of the SD-03 meets the necessary safety and environmental…