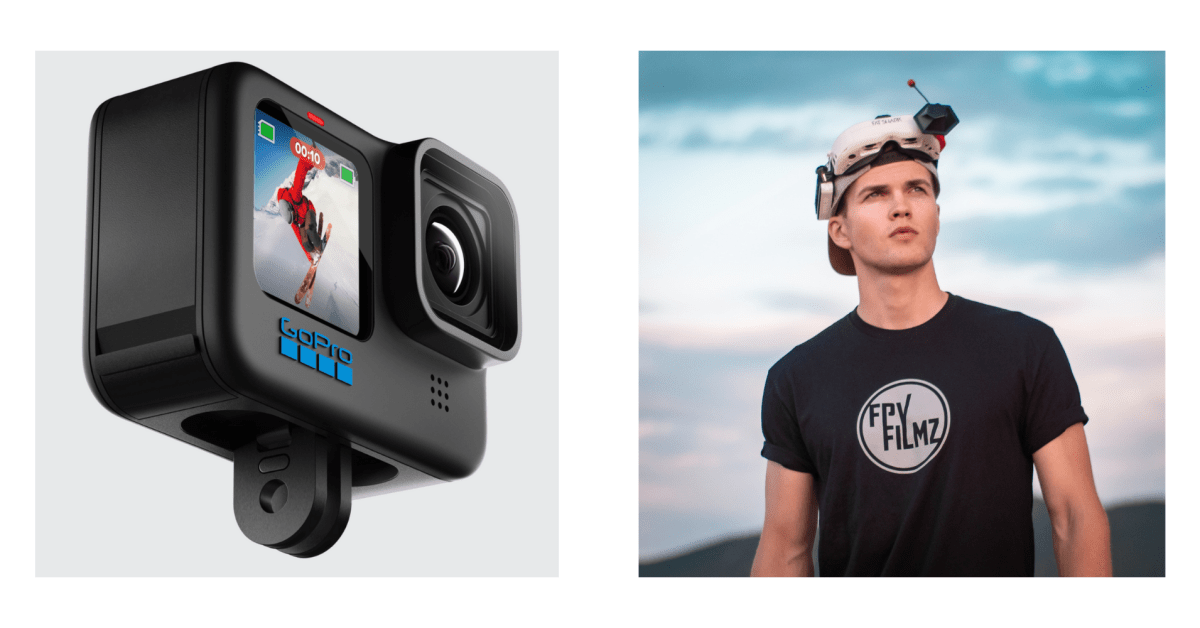 GoPro recently announced its HERO10 Black, the most powerful camera the company has yet to produce. With a new processor and twice the frame rates, action vloggers, hobbyists and FPV pilots have been snapping up GoPro. While there are some worthy competitors out there, we’re going to look at why GoPro is the camera of choice for most in the First-Person-View drone crowd.

There’s really no question that – just as DJI dominates the drone world – GoPro dominates the action camera scene. The question we wanted to answer is what makes these so popular in the FPV drone world, especially when there are some great competitors out there (which we’ll note later on).

For GoPro, we took our questions to two excellent pilots we know well, and whose work we really admire: Nikolay Anishchenko and Eric Bell.

We’ve written about Nikolay’s incredible work more than once. We like to showcase him when we get a chance…