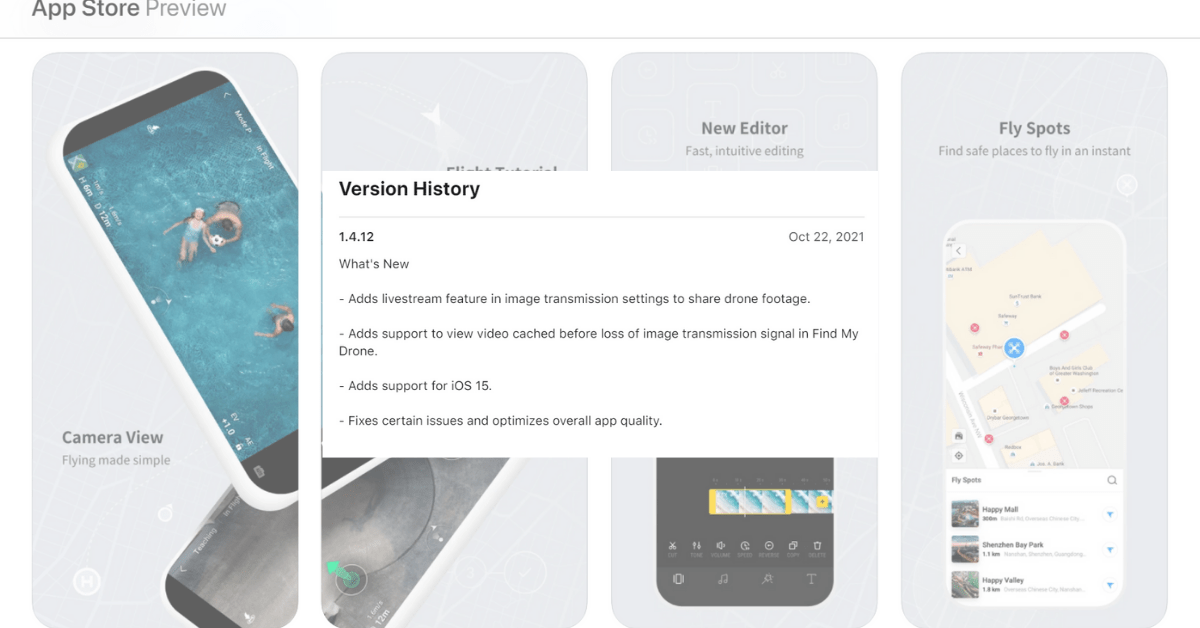 This update packs in some noteworthy features that were made available to Android devices earlier this month.

And while it’s worth mentioning that early Android users faced some issues with the update, primarily a broken compass that DJI had to fix with a patch, those who have tested the new DJI Fly iOS version report it to be free of any bugs.

Firstly, you’d want this update if you’ve upgraded to iOS 15 that comes packaged into the new iPhone 13, iPhone 13 Pro, and iPhone 13 Mini, as well as the newest iPad and iPad Mini.

And while that in itself is a big enough reason to upgrade the app, switching to version 1.4.12 would also allow you to stream live video from your DJI Air 2S, Mavic Air 2, Mini 2, Mini SE, Mavic Mini, and DJI FPV drone models. Awesome!