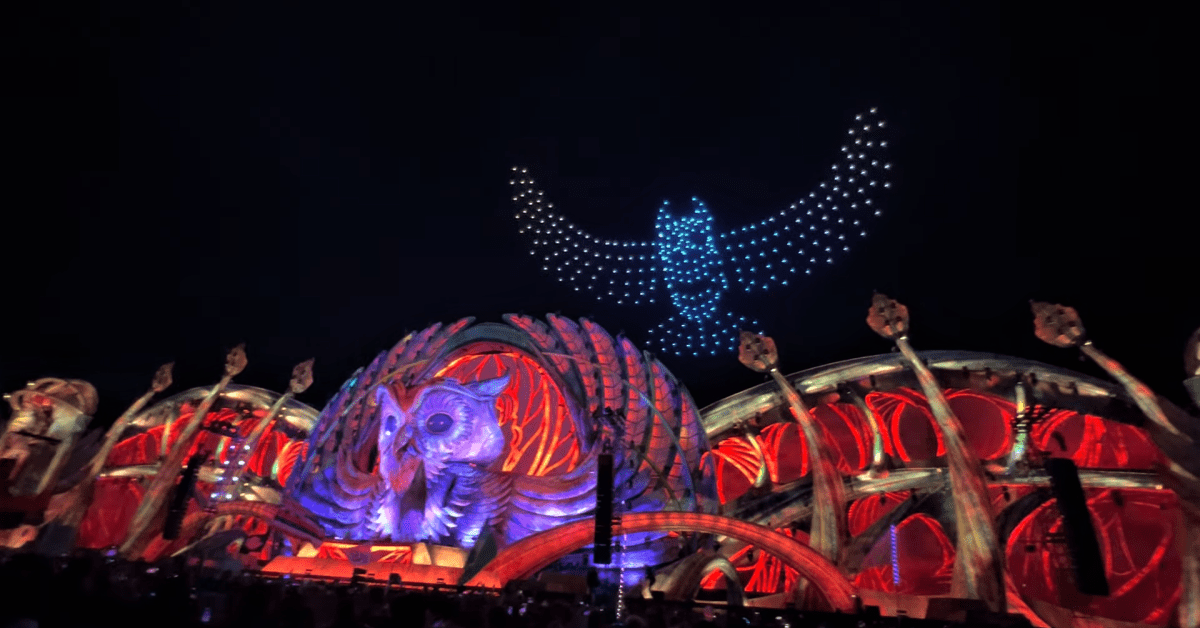 The Electric Daisy Carnival (EDC) is one of the biggest dance music festivals in the world. Last weekend, it attracted more than 500,000 fans to Las Vegas over a three-day period. The logistics were a bit of a nightmare, but the one thing that everyone agreed was amazing was a drone light show during the opening ceremonies.

EDC is celebrating its 25th anniversary this year. So to commemorate the milestone, event production company Insomniac decided to go all-in with lights, lasers, fireworks, and the pièce de resistance: drones.

Flying in harmony, 600 LED-equipped drones took over the Las Vegas sky last weekend. These drones created multiple formations, including the iconic owl logo of the EDC, a silhouette of the unmistakable cathedral stage, EDC’s 25-year logo, and much more.

The festival shared a time lapse of the drone show from the first night on social media and it gave those not attending major FOMO:

Meanwhile, those who did attend were quick…