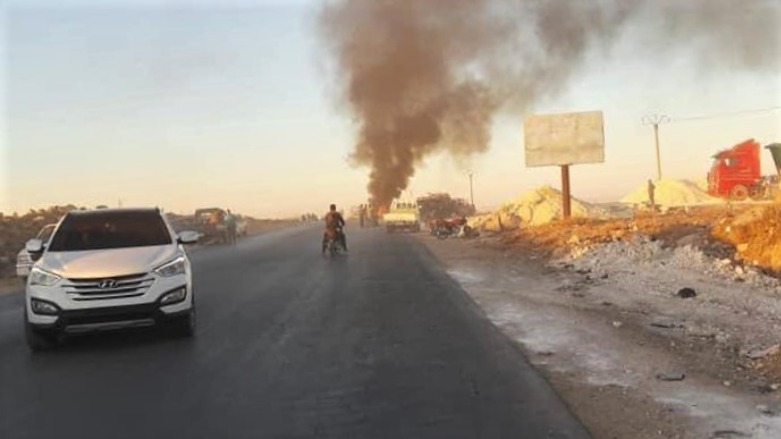 ERBIL (Kurdistan 24) – For the second time in three days, local media reported that a Turkish drone had targeted and destroyed a car outside the northern Syrian city of Kobani.

The Rojava Media Center (RMC) and the Hawar News Agency (ANHA) reported that a civilian car was bombed by a Turkish unmanned aerial vehicle (UAV) on the Kobani-Aleppo road.

A second RMC press release that followed soon thereafter, as well as another by the UK-based Syrian Observatory for Human Rights (SOHR), reported that three people were killed and four more wounded in the attack.

The Turkish military has recently intensified its artillery, drone, and warplane attacks in areas under the control of the Kurdish-run Syrian Democratic Forces (SDF).