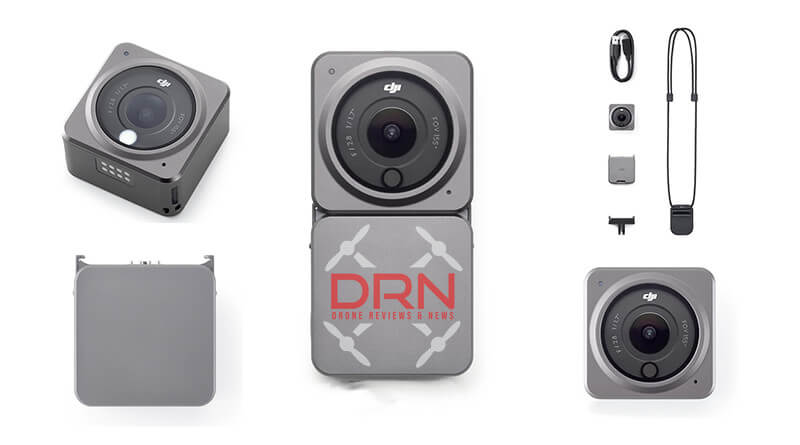 The photos are great, and show the accesssories that are bundled in the Action 2 retail package, as well as NEW product images from various angles. Still missing is an image of the display screen on the Action 2 but we should have that later today.

DJI Action 2 Price will vary by country. Some, like US have tariffs on goods from China, as do others. So far we’ve seen the following prices:

Official US pricing not out yet, but based on the above it should be around $379.  Compared to the new GoPro HERO 10 that was just released…