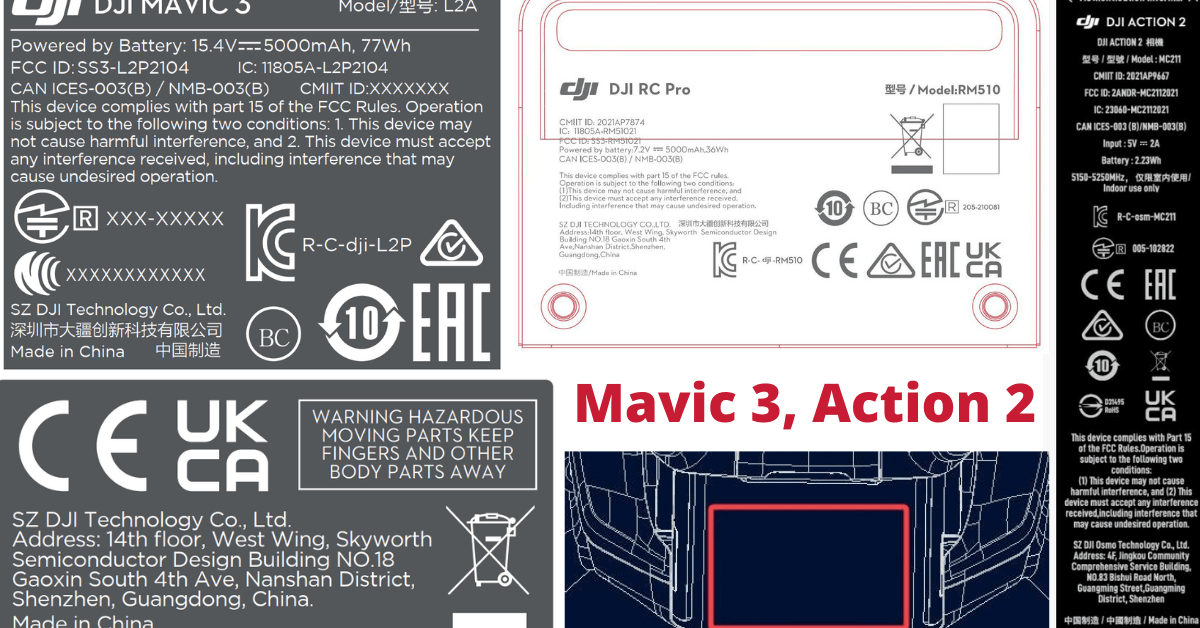 DJI’s long-awaited Mavic 3 prosumer drone and Action 2 waterproof camera have turned up on the FCC database – which is generally the final step before a product is released commercially.

The FCC, or Federal Communications Commission, issues unique codes to companies to identify wireless products in the market. The US government agency takes a look at different products from a lot of different angles, essentially making sure that the wireless signals emitted by a device are within the accepted limits and in line with America’s communications law and regulations.

So, when a product receives an FCC code after rigorous testing, it becomes safe to assume that its release is imminent.

The FCC filings mention two drone models: the L2A, which is the DJI Mavic 3, and the L2P, which refers to DJI Mavic 3 Cine version.