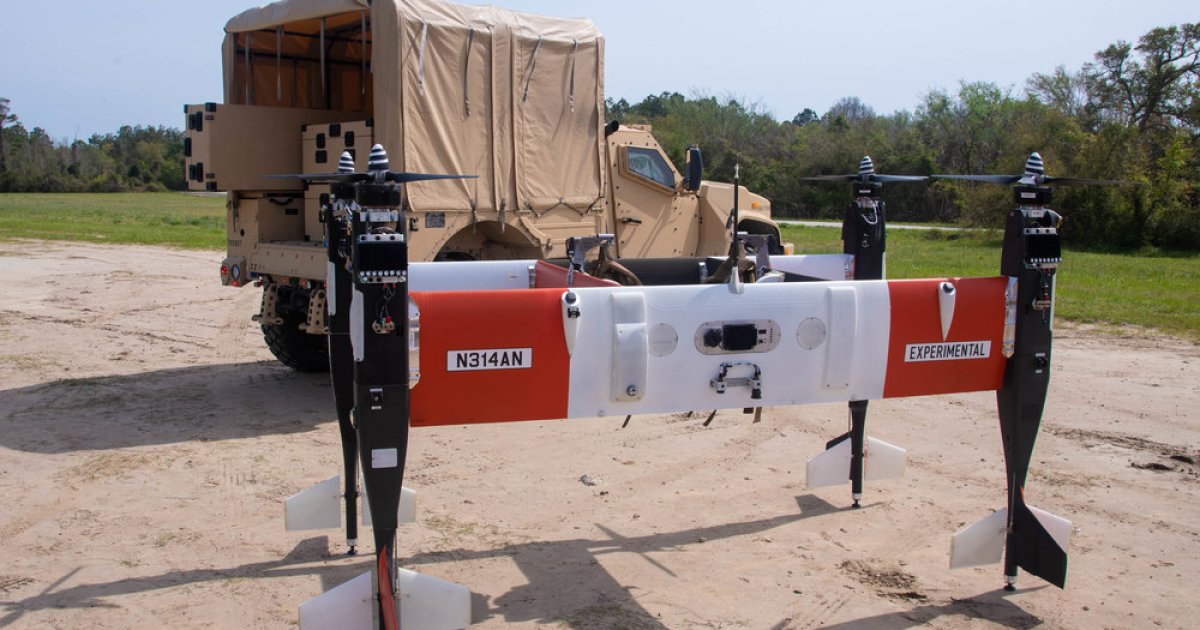 Bell has demonstrated how its electric-powered, Autonomous Pod Transport (APT) quadcopter drone can carry out supply drops for soldiers in rough country or on the battlefield, without the need for parachutes or similar devices.

Any effective military is one where the combat forces are the sharp end of a very long logistical spear. The problem is, getting from the end of the supply line to the soldiers in the field across the last mile is often extremely difficult.

One example of this is air dropping supplies to squads and forward bases, and the history of modern warfare includes frustrating episodes where troops have food, medicine, and ammunition dropping from planes on parachutes only to watch in frustration as the precious parcels drift out of reach and even into hostile hands.