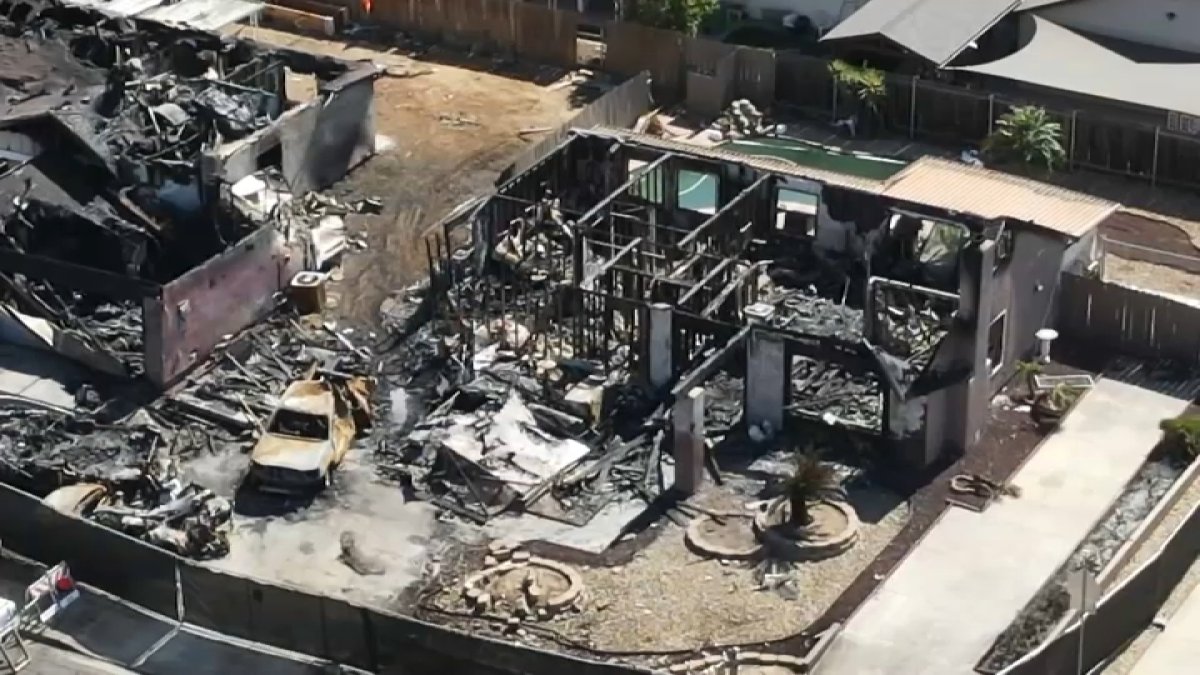 Newly captured drone video is providing a better idea of how much damage a Santee neighborhood sustained Monday when a small plane crashed into two homes, killing its pilot and a local UPS delivery employee who was on the job.

Footage taken by NBC 7 shows the extent of the damage the two homes off Greencastle and Jeremy Streets took in the crash. From the video, blackened debris remains where two houses once stood – one which was owned by Maria and Phil Morris and was completely destroyed, and the other which was badly damaged and purchased just five months earlier by newlyweds Courtney and Cody Campbell.

Black marks on the street in front of the homes also serve as a remnant of where a UPS delivery truck burned, killing longtime employee Steve Krueger.

It’s been an emotional week for residents in the neighborhood and other Santee community members, who have offered helping hands and words of support to those affected.

James Slaff-Gruel, son of the Morris…