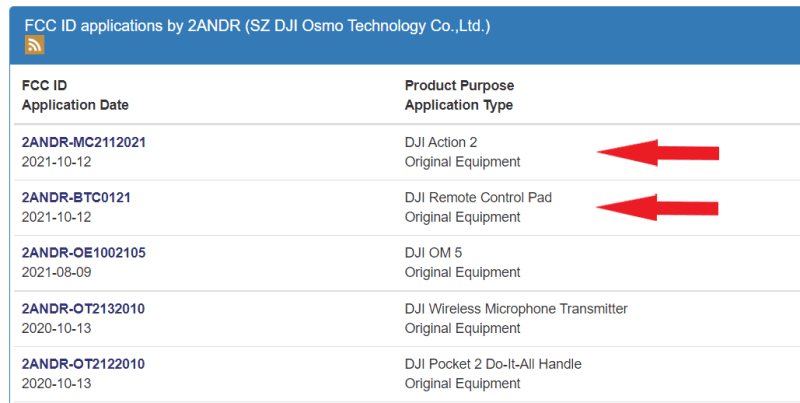 Another DJI rumor comes full circle today as the wireless application for the DJI Action 2 has now appeared in the FCC database.

As we previously reported, the Action 2 is a complete revamp of the GoPro-like Osmo Action camera. The new model switches things up with a larger sensor and a modular ecosystem that dramatically expands the Action 2’s usability for content creators.

New for the Action 2 is a separate Wireless Pad, below, to allow for remote control of the soon to be released sport camera.

No details have emerged yet on specific functionality for the Wireless Pad, but stayed tuned for future leaks and updates.

Now that the Action 2 FCC filing has gone live, we should expect to see it released shortly. Based on the 3-part teaser we saw from DJI earlier this week we expect the Action 2 release date could be on October 27th. We already know that the October 20th release date will be for the just-confirmed Ronin PRO gimbal system we reported on…