Artificial intelligence means drones can fly through a forest at 25mph 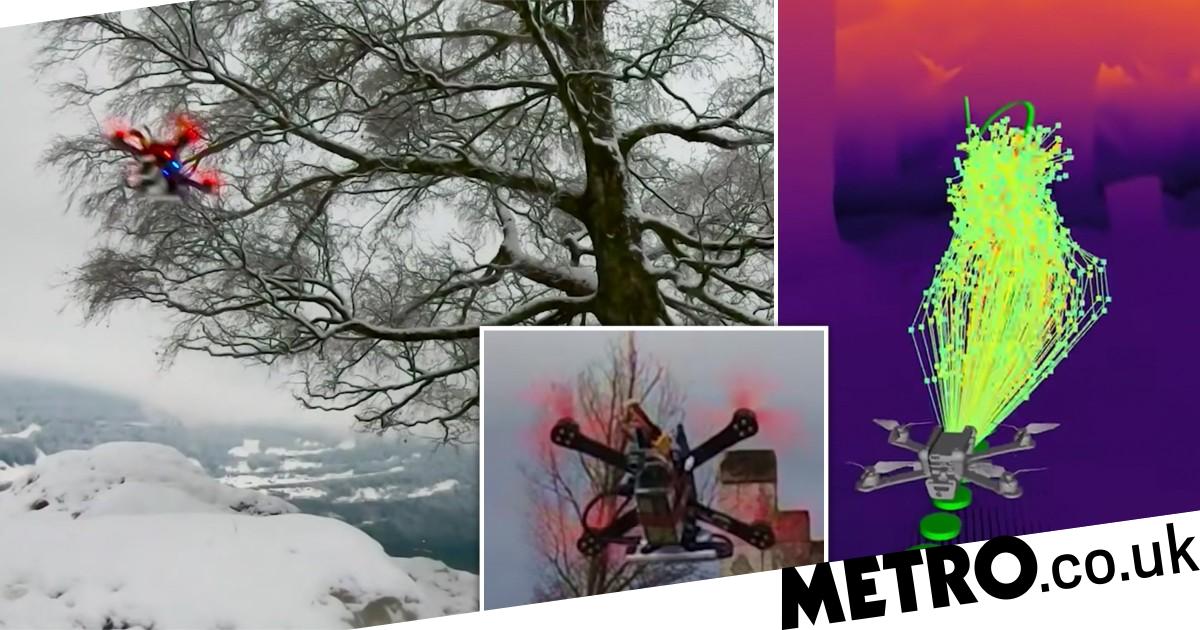 Any dystopian sci-fi film needs a scene with our heroes are pursued at high speed by nefarious drones intent on killing them.

Because it’s fiction, these drones can nimbly thread their way past obstacles like trees and buildings.

It’s never quite been like that in real life. Until now.

Researchers at the University of Zurich have developed a new kind of artificial intelligence that enables quadcopters to hit high speeds while flying through unpredictable natural environments.

The machines can zip through forests or over mountainous terrain at speeds of up to 40kph – around 25mph.

To achieve this, the university team used an algorithm to pilot a drone through a simulated environment with a lot of complex obstacles. They took the data and fed it into a neural network that would then predict a flight path based on information from the drone’s sensors.

To view this video please enable…