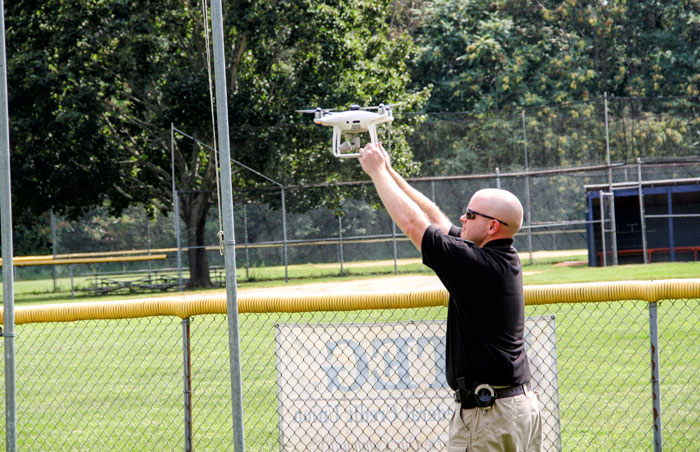 The unit has been deployed several times for search and rescue operations, including an incident in July on the Ten Mile River in Wassaic.  During that rescue mission to save two people stranded in the rain-swollen river, a sheriff’s drone was deployed to assess potential hazards and guide rescue swimmers to the stranded victims.

The idea was brought to the agency approximately five years ago by Detective Kurt Twaddell.  Originally the drone was used primarily for accident reconstruction investigations.

The unit, which reports directly to the Chief of the Department, Jason Marks, has been deployed many times to aid in missing person missions.  “The primary goal of this unit is to help people,” said Detective Sergeant Adam Harris, the unit supervisor.