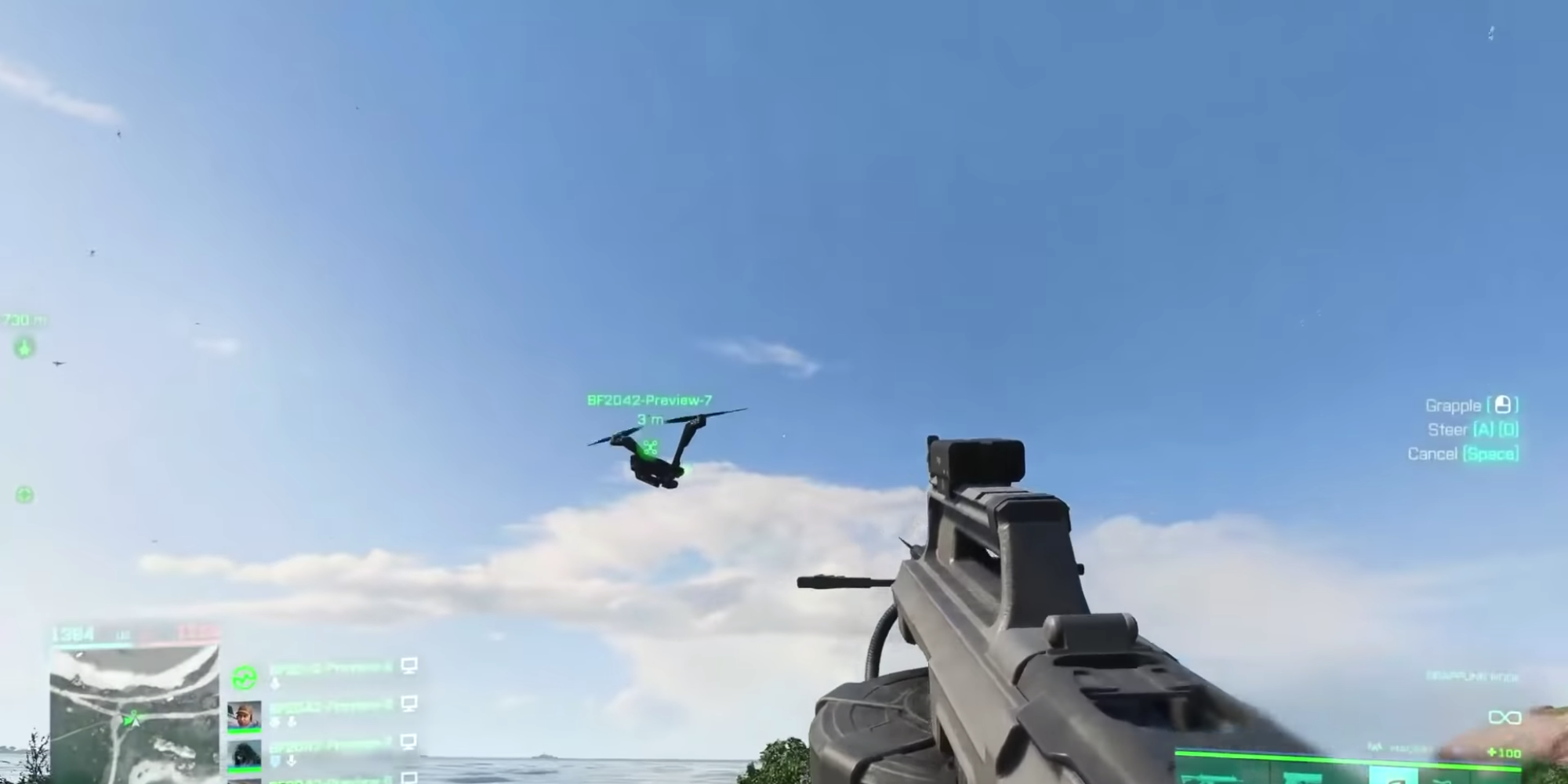 One Battlefield 2042 player has discovered that you can use your grappling hook to hook onto a drone.

The Battlefield 2042 open beta is currently ongoing and, as you’d expect, players are using it to figure out some cool tricks that will hopefully translate into the final release.

Related: Battlefield 2042 Players Think Its Bots Are Too Overpowered

One such trick comes from YouTuber DooM49, who released a video titled, “What if you grapple hook to a drone in Battlefield 2042”. The video shows exactly that, with DooM49 shouting in glee at the realisation that grapple hooks can actually hook onto a drone mid-flight.