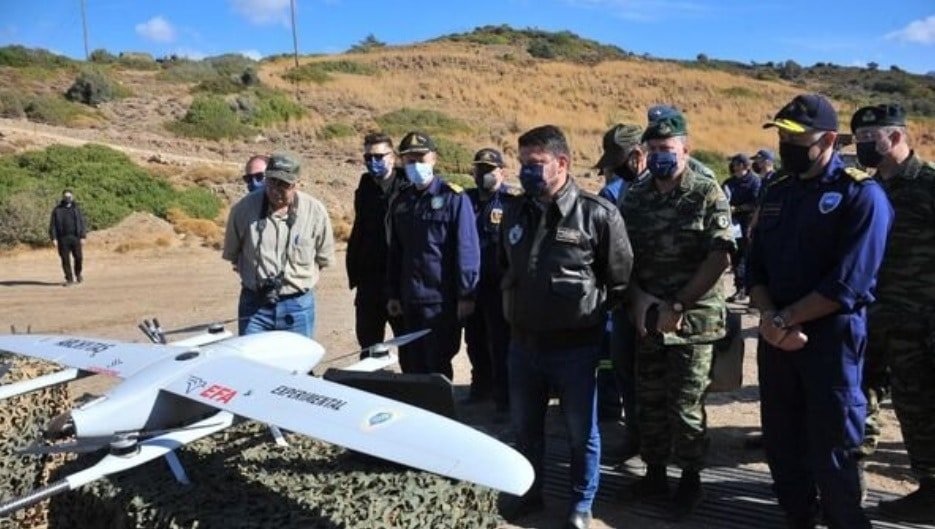 A prototype of Greece’s first vertical take-off and landing drone, called “Archytas,” was unveiled by the nation’s authorities during a military exercise in the eastern Aegean in late September.

The unmanned aerial vehicle (UAV), called “Archytas,” was presented to deputy minister of national defense, Nikolaos Chardalias, during the final phase of the ‘Parmenion-21′ joint military exercise, held on the island of Chios between 24 September and 1 October.

A photograph published by the Hellenic Ministry of National Defence on 30 September showed Chardalias inspecting the UAV, which is the product of co-operation between Greek companies EFA Group and Ucandrone PC with the research teams of the Hellenic Navy, Hellenic Aviation Industry, and the Universities of Thessaloniki, Thessaly, and Thrace.