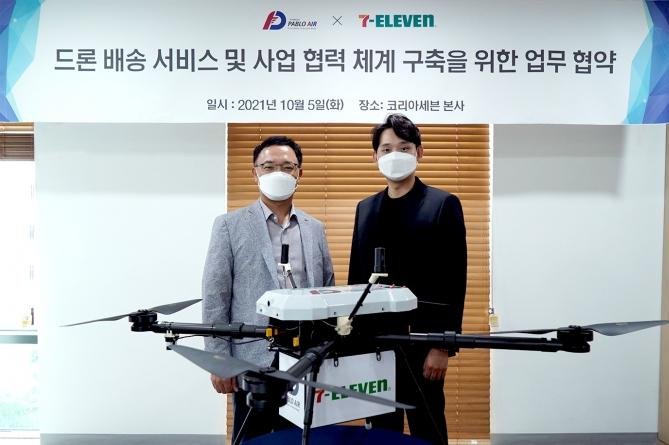 SEOUL, Oct. 7 (UPI) — Korea Seven, a subsidiary of Lotte Group, which manages the 7-Eleven brand in South Korea, said it plans to launch a pilot run of drone delivery services this year.

For the launch, the Seoul-based company is partnering with Pablo Air, which develops drone hardware and software, as well as logistics solutions using drones.

A 7-Eleven store housing a drone station is planned to open near Seoul by December. A test flight is planned to take place there.

Pablo Air will supply the drone, and the station will be designed by BMW America and produced by U.S. manufacturer EVA, Korea Seven announced Wednesday.

The company said the commercial service will begin after the safety of the unmanned, flying vehicles is confirmed, possibly sometime next year. The service plans to target campers or travelers near the new store.

“The drone will be able to carry items less than 10 kilograms [about 22 pounds] and fly a distance of 10 kilometers [about six miles]. The weight and…