Skip to content
Home » Reviews » Is LEO the most disturbing drone yet?

Is LEO the most disturbing drone yet? 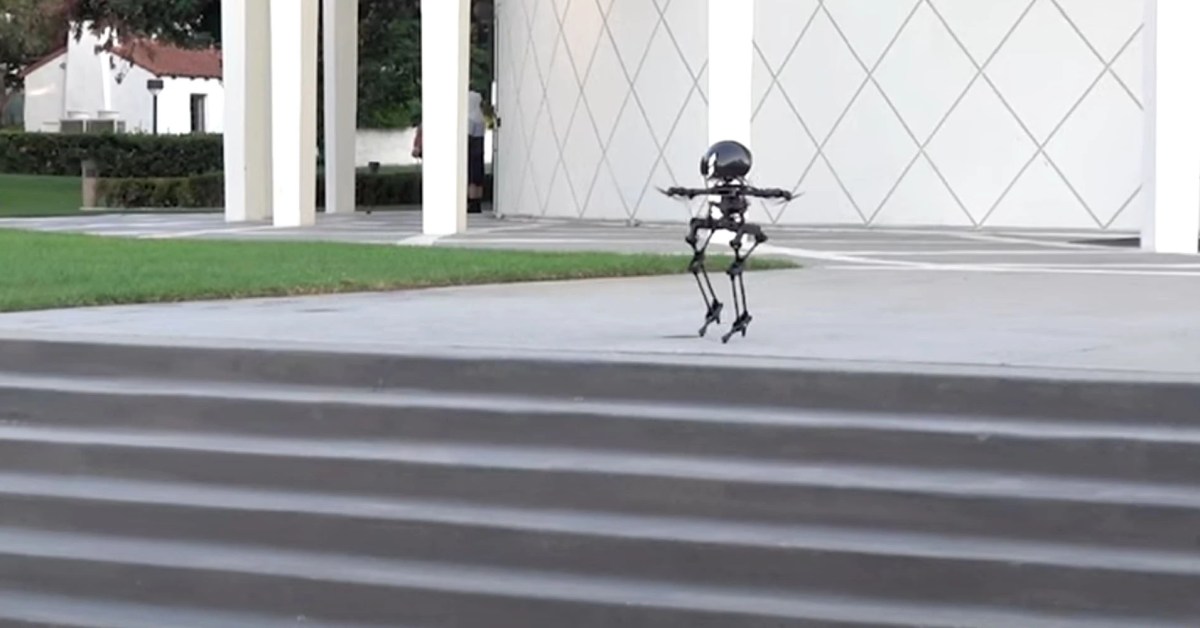 Engineers at Caltech have developed a drone that walks, skateboards, balances on a tightrope, and can probably leap tall buildings in a single bound. It’s super, but it sure is weird. Get a load of LEO the creepy drone.

LEO is short for LEONARDO, or LEgs ONboARD drone. It isn’t just a Frankensteinian melding of legs and propellers, the engineers designed the drone from the bottom up with walking and flying in mind, and the software to back it up.

Still, it does look like something intended to frighten the villagers.

Is there really a role for a bipedal flying robot? Walking or rolling robots are stable and capable of carrying heavy loads, but struggle with rough terrain or steps. Flying drones are much more mobile, but use a lot of energy. LEO may be a nice compromise. It could help install new equipment in hard-to-reach places, help out during natural disasters, and perhaps even drop off payloads to other planets.

But we all see an embryonic…