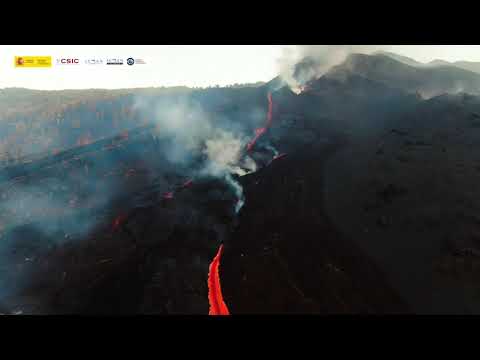 More than two weeks after its eruption, the Cumbre Vieja volcano on Spain’s La Palma island continues to spit out ash and lava. New DJI Mavic 2 Pro drone videos trace the path of the magma to the crater and show the extent of the coastline expansion triggered by red-hot lava pouring into the cool ocean waters.

These spectacular new videos come courtesy of SeaDron, an external drone service provider to the Institute of Marine Sciences of Andalusia – the ecology, oceanography, and aquaculture research arm of the Spanish National Research Council (CSIC).

As of October 4, the lava from the La Palma volcano had spread to more than 434 hectares, destroying over 1,040 buildings in the process.

Drone video traces lava flow to the mouth of volcano