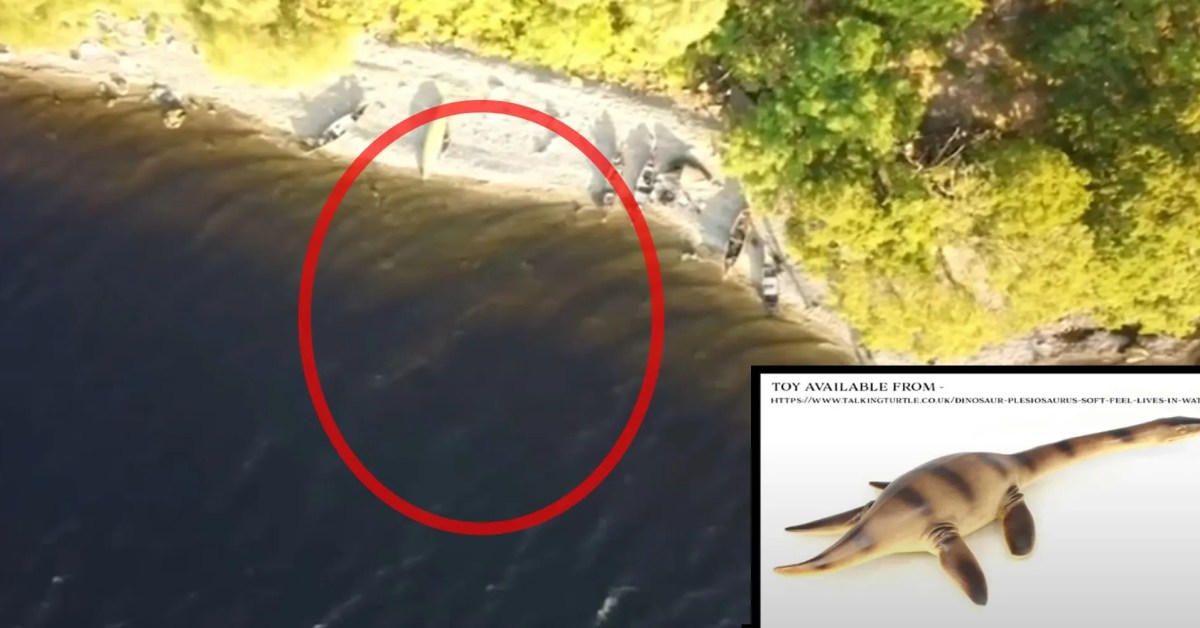 The creature remains as fleeting as Scotch mist. An intriguing 4k drone video of the purported Loch Ness monster “surfaced” last month, but skeptics believe the Nessie video is fake.

The Daily Record reported that camper Richard Mavor was taking drone photos for his Youtube channel, Richard Outdoors, when he spotted a mysterious shape in the Scottish loch.

Some amateur debunkers can’t believe it either. They think it’s a plesiosaur alright, just a small plastic one made to appear gigantic.

In a follow-up Record story, Nessie hunter Steve Feltham said he had a feeling of deflation when he first saw the video. He’s been living on the shore of the loch for thirty years hoping to solve the monster mystery.

“There appears to be no natural movement in the object, and an unlikely degree of illumination, I have spent many hours…