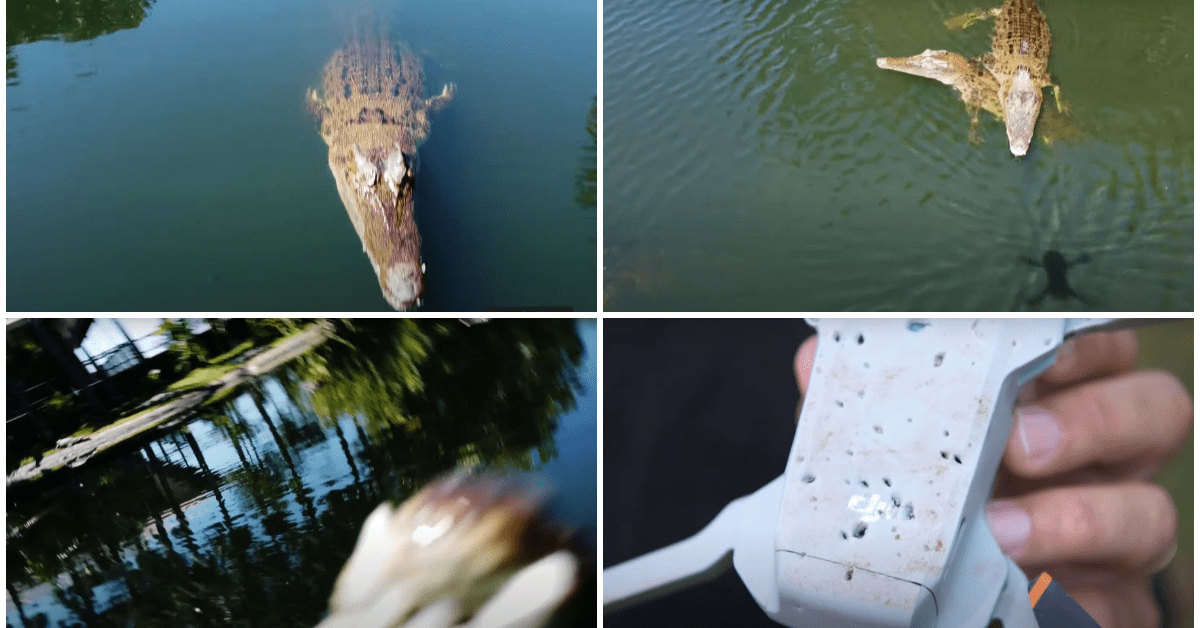 A brand-new DJI Mini 2 suffered the full force of a croc attack when a saltwater crocodile snapped at the drone mid-air, clearly unhappy about being filmed. The mangled drone was then discovered two weeks later, with the dramatic footage from its maiden flight having miraculously survived the assault.

The incident took place recently at Australia’s Crocodylus Park near Darwin. The ABC News crew was filming a documentary there to mark the 50th anniversary of the ban on hunting the ancient reptiles.

ABC cameraman Dane Hirst hadn’t been filming for long when he heard the dreaded sound of a crocodile snapping its jaws shut at breakneck speed. He recalls:

I set the drone up over a small lagoon at Crocodylus Park, and all the crocs were really skittish. But there was one crocodile in particular that was holding its ground and really eyeballing the drone.

So, I thought, great, I’ll use this fellow, he’s in a stationary spot. I can get some decent shots of…