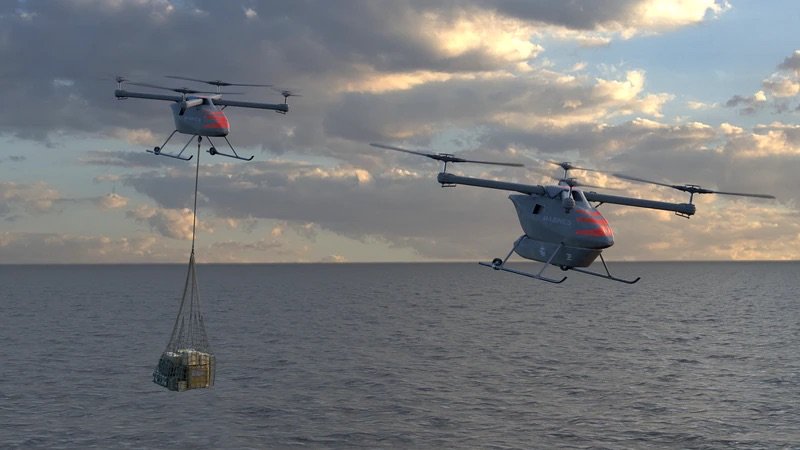 Building on the success of its unmanned K-Max helicopter, Kaman is doubling down on autonomous aerial resupply, proactively developing a medium-lift platform that it believes will meet U.S. Marine Corps needs for distributed logistics, even as those requirements are still being defined.

Unveiled this week, Kaman’s quadcopter Kargo drone is designed to carry a payload of up to 800 pounds (around 360 kilograms) and self-deploy with no payload to a distance of over 500 nautical miles (925 kilometers) — putting it at the high end of the performance range the Marines are envisioning for medium-sized “unmanned logistics systems – air” (ULS-A). Kargo can also fit in a standard shipping container and be unloaded by as few as two people, maximizing its possibilities for deployment.