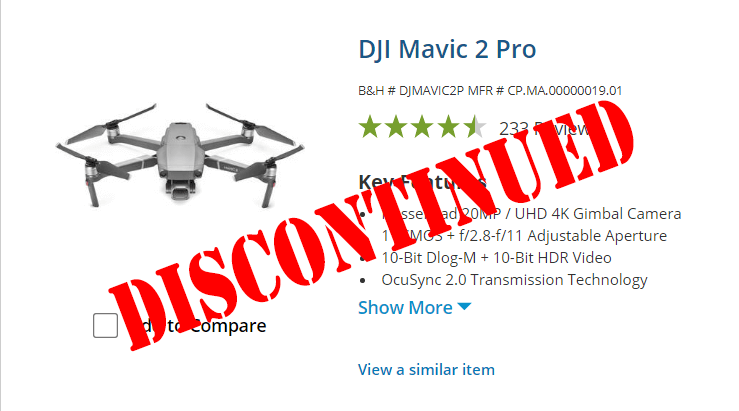 Keeping the inside track on the latest drone rumors and news means monitoring inventory levels at DJI’s key retail partners.

Sometimes these retail partners are the first to let us know that a product refresh is coming, or that one is being discontinued by DJI. Even when it hasn’t yet been made official.

While some drone enthusiasts are speculating that a Mavic 3 is not coming because DJI is now focused on smaller aircraft like the Air 2s, we know otherwise.

“2021 seems to be the year that Autel has finally hit it’s stride.”

DJI has significant market share at risk from rival Autel Robotics, who is releasing 3 additional drones in the coming weeks. Right now DJI is in catch-up mode with it’s flagship Mavic 2 Series of drones.  Autel leapfrogged the Mavic 2 Series in January of 2020 with the release of the EVO III Series.  The stellar EVO drone, available in 3 flavors with interchangeable gimbals, has put DJI developers on their heels.

The EVO II Series is now the…