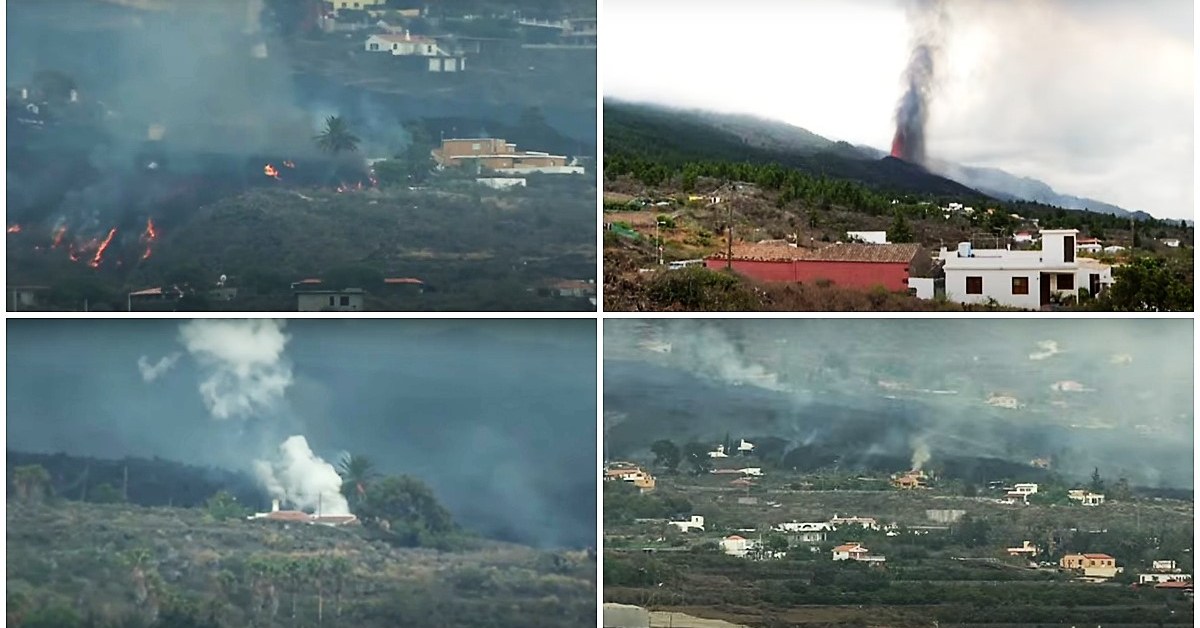 As a volcano on La Palma, one of Spain’s Canary Islands, continues to spit out lava and ash for the fifth day, thousands more have been forced to flee. The volcano first erupted on Sunday around 3:15 p.m. local time. Since then, a continuous stream of black lava has been advancing slowly westward, destroying everything in its path. Live cam and drone footage from the region show the extent of the damage.

The eruption of La Cumbre Vieja on September 19 marks the Canary Islands’ first in 50 years. Though there have been no reports of fatalities, the lava has destroyed around 350 houses and forced the evacuation of around 6,000 people. Property portal Idealista estimates the volcano has so far destroyed property worth around $102 million.

The lava is now close to reaching the sea. With temperatures exceeding 1,000C, local officials fear that lava meeting the sea could cause explosions and produce clouds of toxic gas, which may reduce visibility as well.