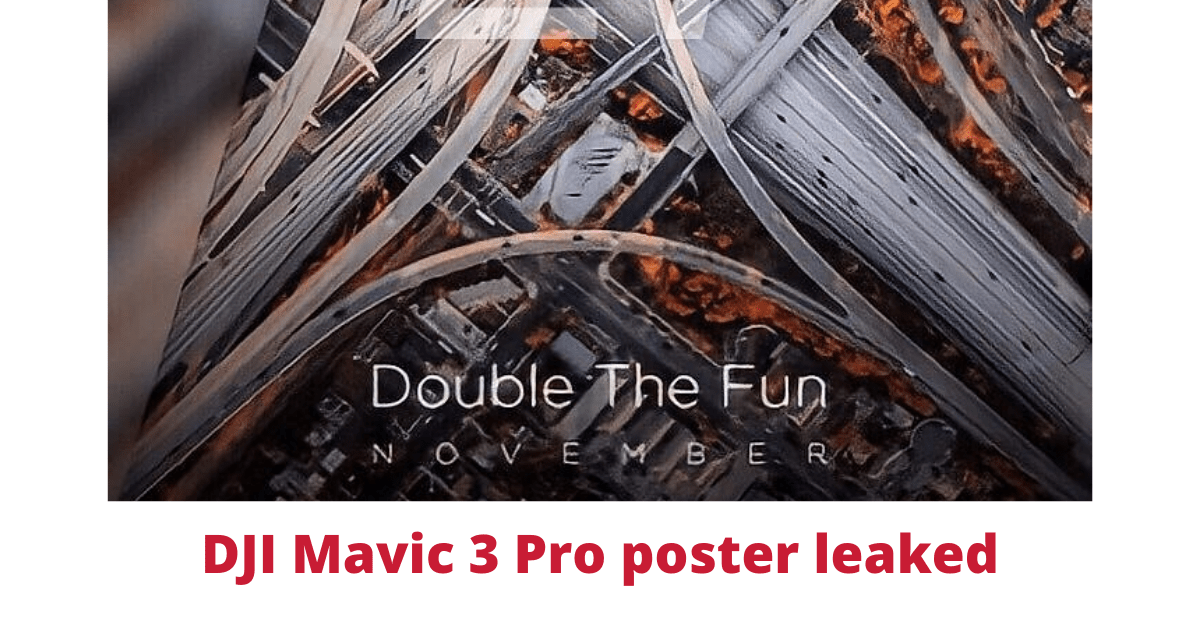 This just in: the long-awaited and highly-anticipated DJI Mavic 3 Pro is supposedly set to have a November release date. A leaked teaser poster, which sports the tagline “Double the Fun”, further confirms the drone would come with dual Hasselblad cameras.

It looks like the wait is almost over for all those who have been urging DJI to refresh its flagship Mavic series of drones.

In a supposed official teaser poster that was leaked on Twitter today by drone aficionado Jasper Ellens, DJI touts November as the official release month for an upcoming drone that would have a two-camera setup.

The split image shows a side-by-side view of a busy network of roads and flyovers, wherein the top half has been captured by a zoom lens and the bottom half is photographed with a wide-angle lens – both of which are expected to be featured in the Mavic 3 Pro.