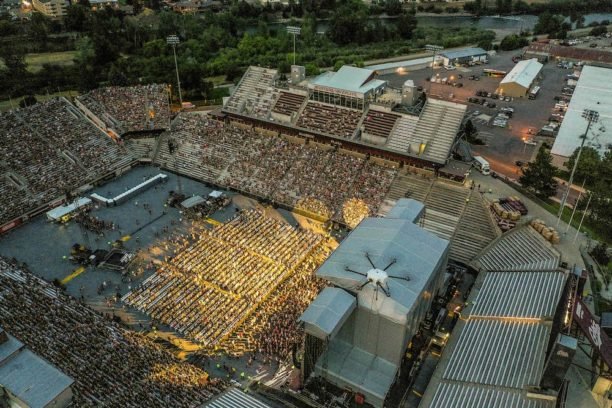 Orion 2 flies over 14,000 fans at the Washington Grizzly Stadium

On the evening of August 13, 2021, an Elistair Orion 2 unmanned aerial vehicle was utilized to monitor a Guns N’ Roses concert held at the University of Montana. The drone flew over the venue continuously for six hours in order to guarantee the safety of the 14,000 attendees.

Police at the University of Montana’s Washington Grizzly Stadium were given access to a consistent aerial view of the stadium and surrounding area, streamed directly from the Orion’s electro optic and infrared sensors. The Orion’s dual sensor payload in conjunction with its 24 hour flight endurance enabled the system to carry out an…