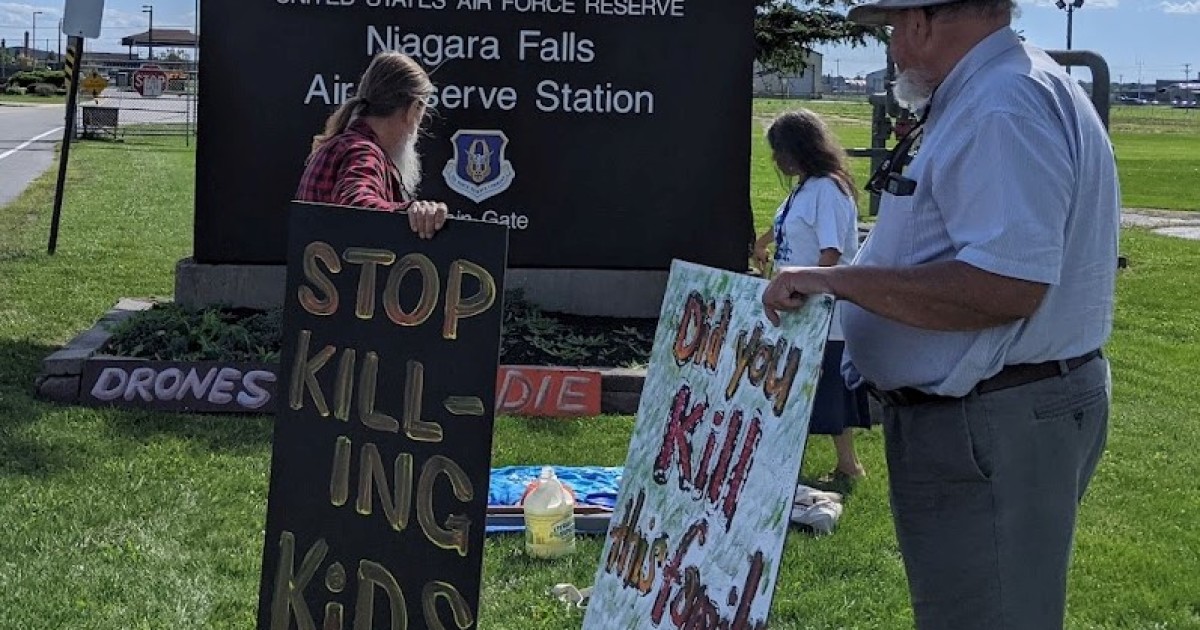 Peace activists were again outside the Niagara Falls Air Reserve station Thursday, protesting what they say is an airbase command center for drones carrying out attacks around the world.

Whether there is or is not a drone base inside the facility is something the 107th Attack Wing won’t comment on. In a written statement, the unit said nothing about its current mission.

A series of activists connected with the Western New York Peace Center have been at the base’s main gate before and say they will be back. Thursday’s protest focused on an Afghan family almost totally wiped out in a drone attack in Kabul, just after the terror attack at the airport entrance, with the military saying the attack targeted terrorists. The protesters said too many innocent civilians die in these attacks.

Vietnam veteran and protester Russell Brown said the troops may be gone from Afghanistan, but the war isn’t over, with over-the-horizon drone attacks.