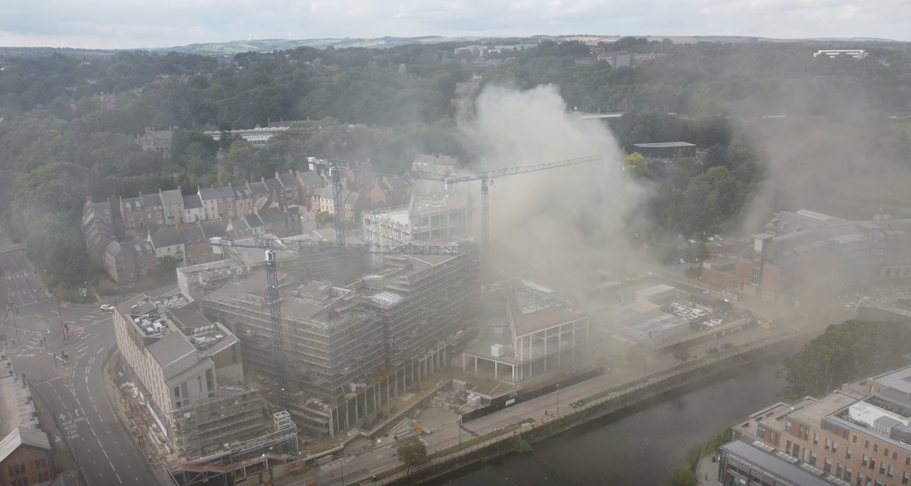 Drone footage captured the extent of a fire at a building site in Durham City Centre on Wednesday.

The footage showed emergency services at the scene of the Milburngate fire, including ambulances and County Durham and Darlington Fire Brigade.

The Milburngate site is currently under construction and workers were evacuated from the site.

Fire alarms went off, with the fire brigade tackling the blaze at around 2pm.

On Wednesday night, County Durham and Darlington Fire and Rescue Service confirmed the fire was under control after up to eight crews tackled the fire for around seven hours.

The statement said: “Thank you to everyone who found a new route home tonight, adhering to the road closures throughout #DurhamCity.

“The fire is now under control & 2 crews will remain at the site overnight & into tomorrow morning to ensure the scene remains safe.”

Keep up to date with…