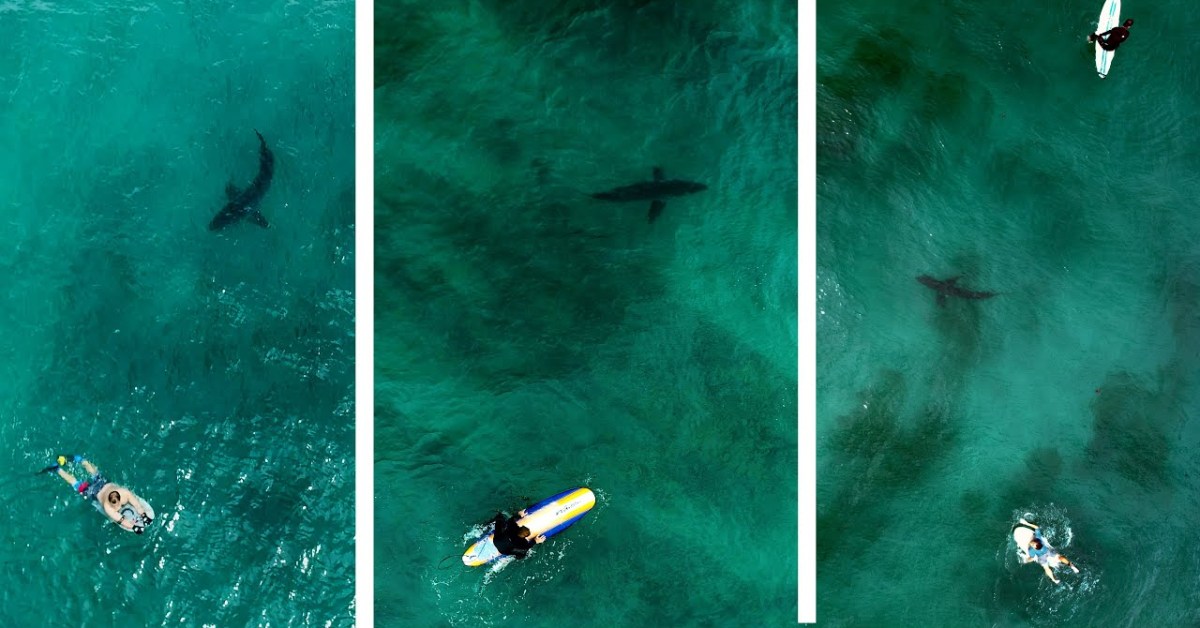 Southern California-based professional shutterbug Carlos Gauna has been bringing us beautiful drone shots of sharks, whales, and other marine life for a while now. For his latest video, this time shot in San Diego, he collaborates with a very special 10-year-old boy looking to spread shark awareness with the help of his Mini 2 drone, and captures several close encounters between surfers and sharks.

Gauna is certainly no stranger to witnessing oblivious surfers coming into close proximity with sharks. His YouTube channel, TheMalibuArtist, is home to several jaw-dropping videos that would testify to that.

“Every time I film one of these encounters, I wonder what the person on the water is seeing at the moment,” says Gauna. “It’s clear most folks I film in these situations typically have no idea a shark is nearby. It’s such an intriguing scenario that luckily ends peacefully most of the time.”