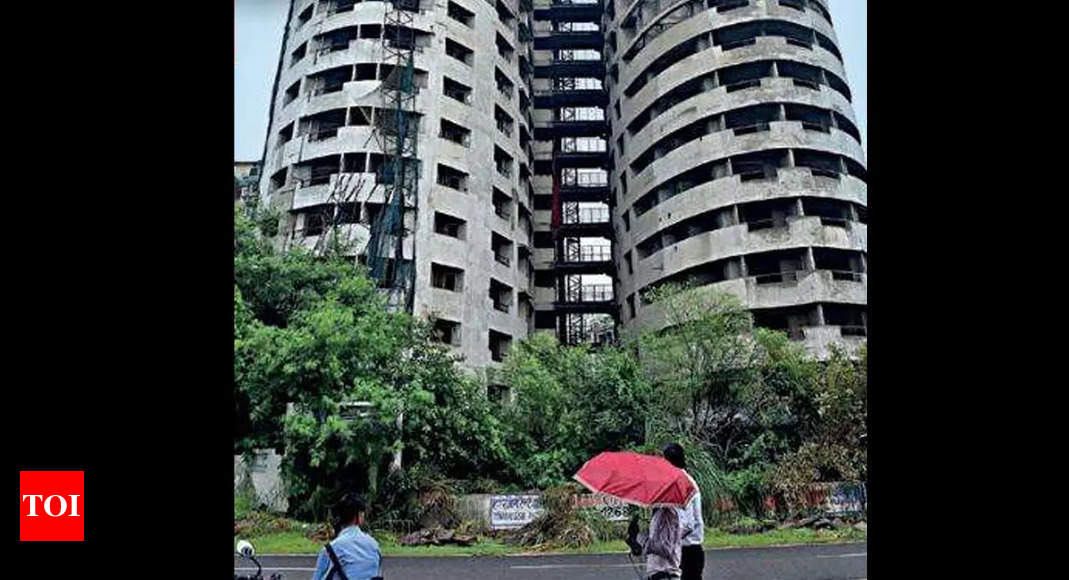 NOIDA: A drone survey would be carried out to gather measurements and data about the twin towers in Supertech Emerald Court whose demolition has been ordered by the Supreme Court.
A private agency hired by the Noida Authority would carry out the survey of the entire project, but with focus on the Apex and Ceyane towers, which have to be brought down in three months.

Officials said the findings of the aerial survey would be matched with the records and building maps available with the Authority. The digital data would also be shared with the Central Building Research Institute in Roorkee, whose assistance the Supreme Court had asked Noida to take in bringing down the towers.
“The Authority officials got in touch with us about a week ago and informed us about the need to carry out the survey. We have been coordinating with them to ensure the exercise gets done smoothly,” said Rajesh Rana, president of the residents’ welfare association of Emerald Court.
A team of experts has…