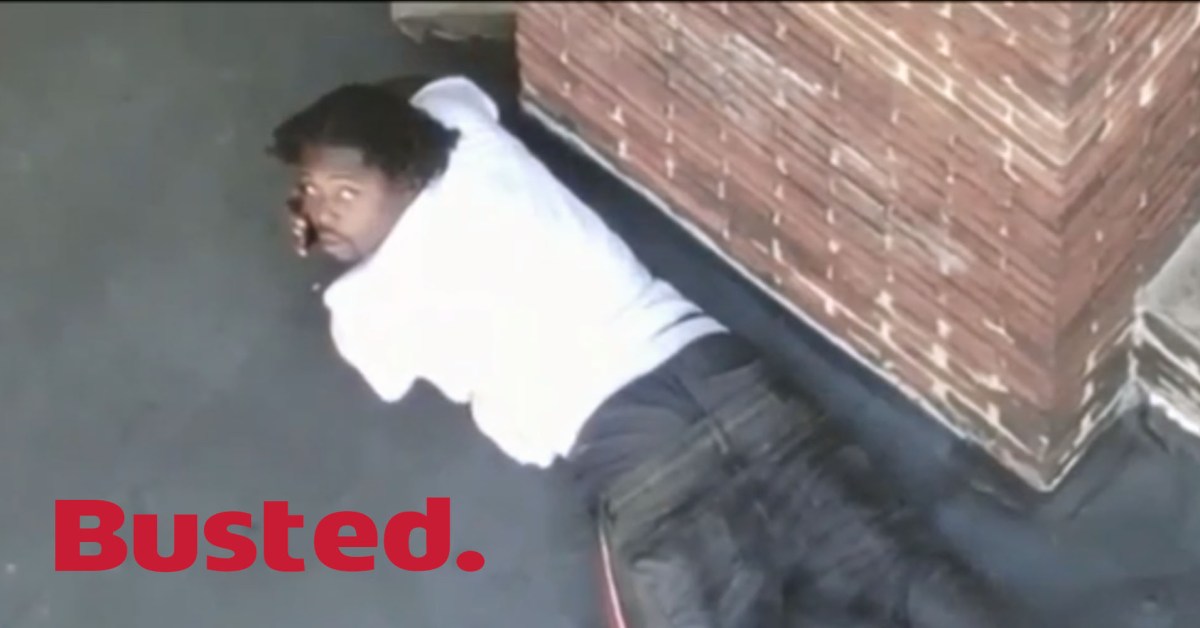 Cincinnati police made their first-ever, drone-assisted arrest earlier this month. A man hoping to evade the cops hid on a downtown roof. Watch as the resigned suspect surrenders to the police drone.

Officers were searching for a man with multiple felony warrants. They believed he was hiding in a downtown building, but were unable to find him until one officer flew the department’s drone six stories into the air. His hiding place was fairly obvious, but his reaction is a little unexpected. Watch at 0:49.

“Someone on the ground was talking to him on the cell phone and said, ‘Look behind you,’” says drone pilot Sgt. Eric Franz. “He turned around and saw the drone. Got up, lit a cigarette and gave us the one-second sign.”

He was booked later that afternoon.

Suspect surrenders to the police drone