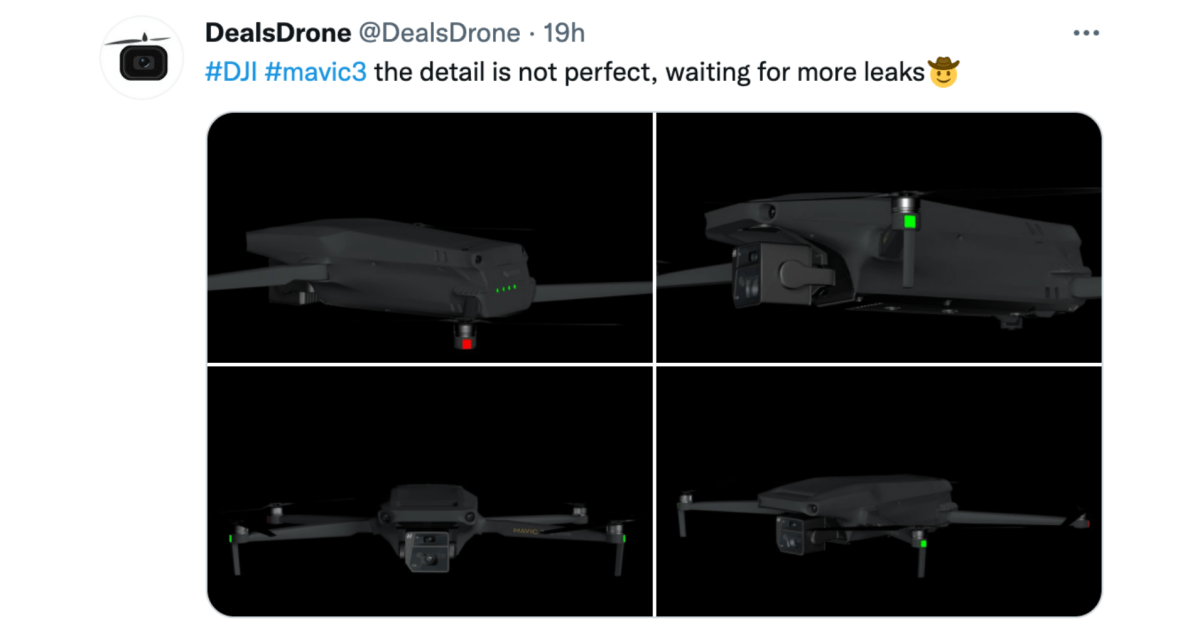 Well, some new renders of the DJI Mavic 3 have surfaced online. Normally, we don’t pay too much attention to renders – because they can be based solely on imagination. But, we’re told from a trusted source in China, these Mavic 3 renders are pretty close to the real product.

It’s that time once again: When leaks of an impending product – or even renders – start popping up online. In the case of DJI, most of the initial leaks tend to surface on Chinese social media. And the latest are renders of the Mavic 3.

Of course, anyone with the skills can create a rendered graphic. But a source in China says these images bear some striking similarities to the real thing.

These latest images popped up initially on WeChat, one of the more popular Chinese social media networks. They were then distributed on Twitter by the @DealsDrone account:

How close are these?

Well, at first glance some of the proportions seem to be out….