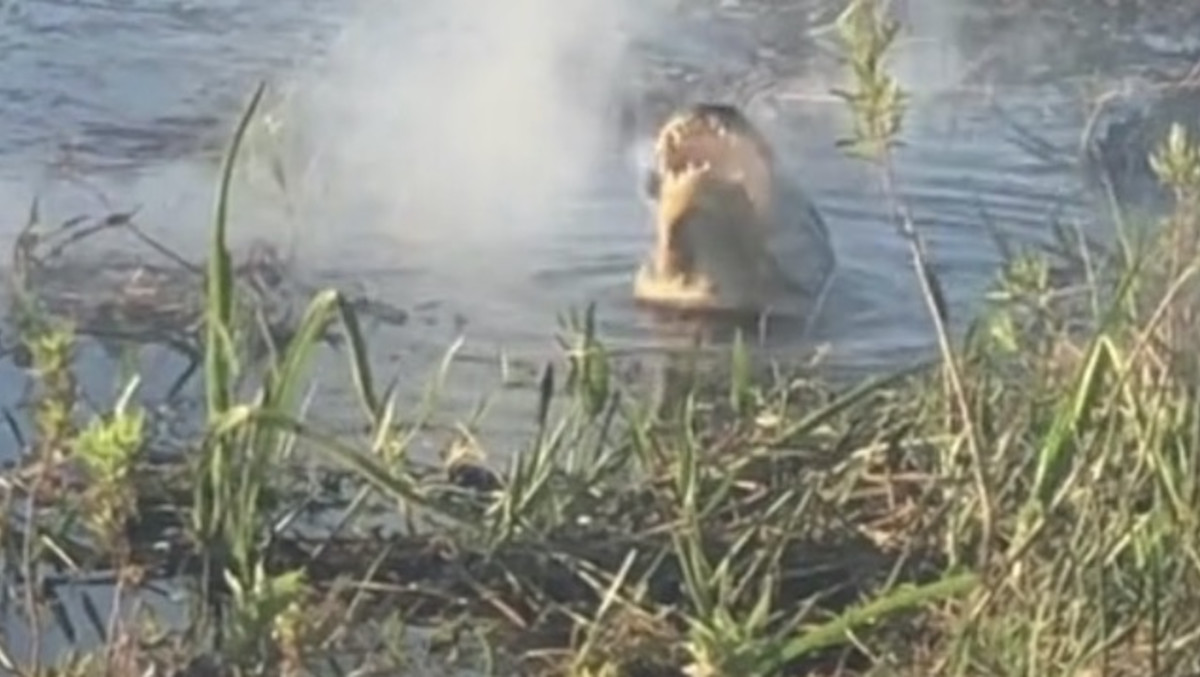 A now-viral video on TikTok captured the moment an alligator in Everglades, Florida ate a drone, and it’s starting to stir up controversy.

In the video, posted by the account @devhlanger, an alligator can be seen taking down a drone as it hovers over, with shocked onlookers panicking as the animal begins to chew the device. The alligator, who can be seen chomping into the drone’s battery, suddenly becomes shrouded in smoke. “Oh my God, he’s eating it,” a woman can be heard saying in the video. “George, no. Don’t eat that!” It is unclear whether the Gator’s name is actually George.

As reported by Newsweek, the now-viral video has angered some viewers. Some people in the comment section claimed they’ve even reported the creator to local authorities. Despite the TikToker saying the incident went down in the Everglades, some viewers believe it occurred in an area that is actually controlled by the National Parks Service, where there is an anti-drone policy.