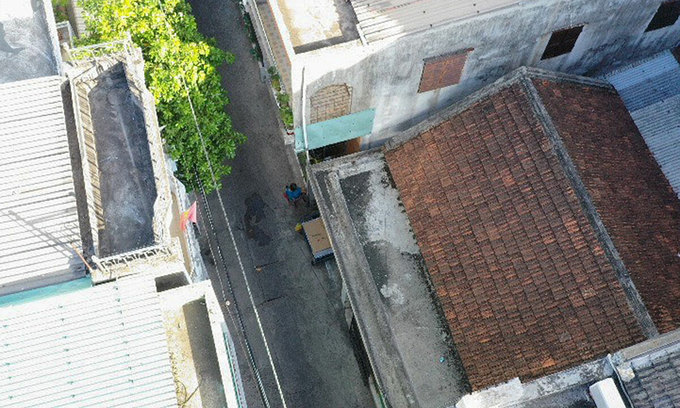 A drone captured the image of a man walking out on an alley in Da Nang’s Hai Chau District. Photo courtesy of the Hai Chau People’s Committee

Fifteen drones, provided for free by a group of volunteers, are capable of flying around 25 minutes. They come with around eight batteries so they could fly for hours, Hai Chau District People’s Committee said.

Each ward in the district would be equipped with one drone. Wards with high numbers of Covid-19 cases like Hoa Thuan Dong or Binh Hien would have two drones each.

Tran Huu Duc Nhat, head of the volunteer group, said the drones are capable of flying at low levels, which is useful to monitor small streets and alleys. They also produce noise so people would be aware of them. Images captured by the drones would be transferred to the People’s Committee so violators could be dealt with immediately, he added.