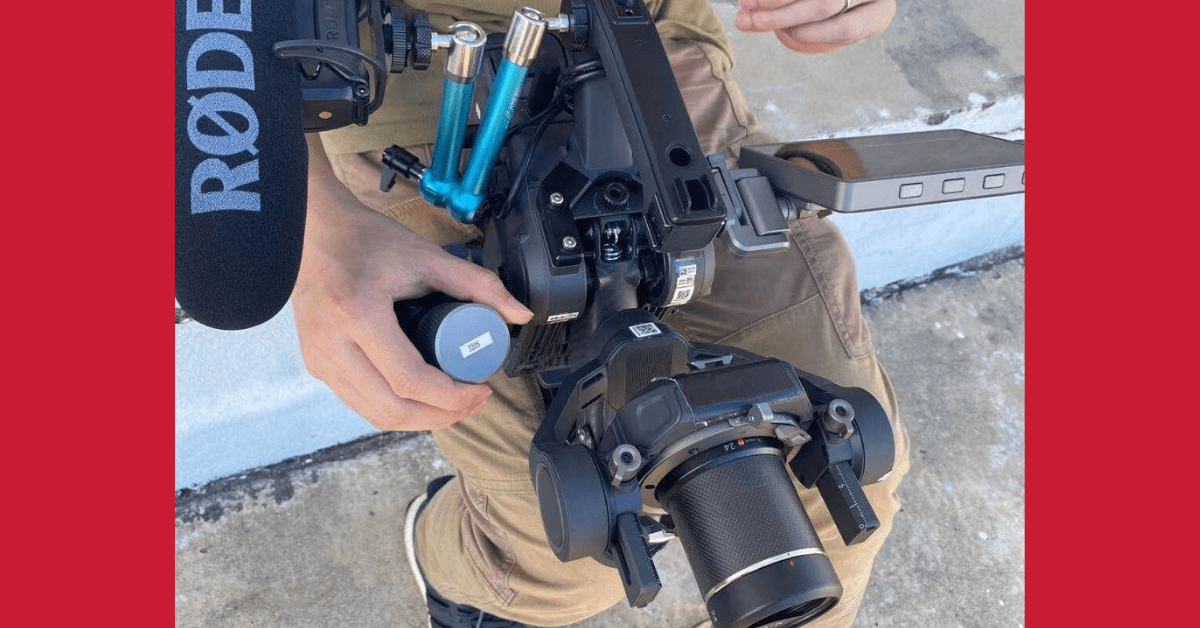 Over the weekend, a couple of leaked DJI images appeared online. They seem to indicate DJI is nearing the launch of its first complete professional camera and gimbal system. Let’s take a look.

The leak comes from two well-known sources on Twitter, @Kanzhaji and @OsitaLV. They posted images that show DJI’s mysterious new pro camera being tested in the wild.

Beast of a camera system

First, some context. Going by the patent published for the camera system in China, it looks like a real beast in the making. The patent file says this thing can shoot in 8K/60 fps and 4K/120 fps – all in RAW, which means DJI is working on something even more powerful than the Zenmuse X7 cameras.

And from the leaked images, you can also make out that the device comes with a small monitor, 3-axis gimbal-stabilized pan/tilt, and what appears to be a spring-loaded arm, à la Osmo Z-axis, that’s designed to reduce vertical shaking while walking with…