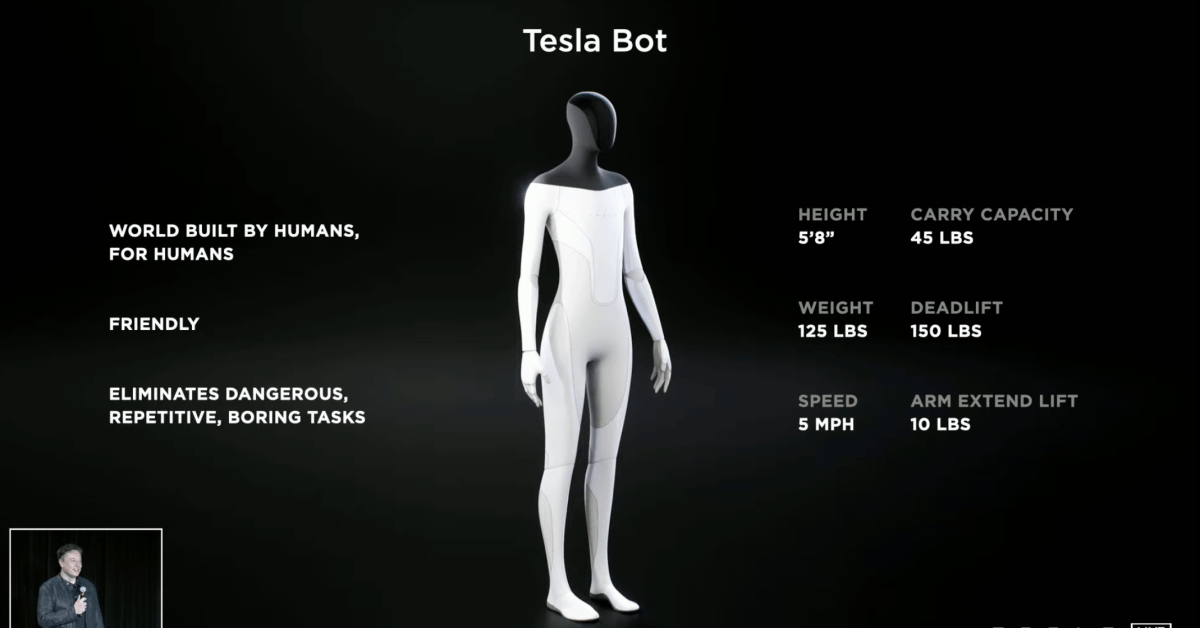 After repeatedly warning about the dangers of artificial intelligence, and sparring with fellow tech billionaires on the issue, Elon Musk wants to create AI-powered humanoid robots. Speaking at his electric vehicle company Tesla’s first AI Day event in California, Musk gave a preview of the Tesla Bot – a general purpose, bipedal, non-automotive robot. So, what gives?

According to Musk, building a humanoid robot is the next logical step for Tesla because it has already become “the world’s biggest robotics company.” He says:

Our cars are semi-sentient robots on wheels. With the full self-driving computer, the inference engine on the car, which we’ll keep evolving obviously… neural nets, recognizing the world, understanding how to navigate through the world… it kinda makes sense to put that into a humanoid form.

What is Tesla Bot?

At 5’8”, this humanoid form will weigh 125 pounds and have a carrying capacity of 45 pounds. Deadlifts,…