Security scaled up in Delhi ahead of Independence Day 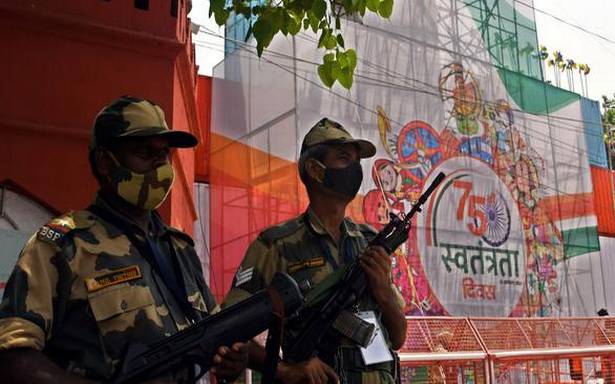 Anti-sabotage checks are being carried out and patrolling has been intensified across New Delhi.

Security has been scaled up across the capital ahead of Independence Day with thousands of personnel keeping strict vigil at strategic locations, including the Delhi-borders where farmers have been on a sit-in for over eight months to protest the centre’s new agri laws, officials said on Saturday.

According to the police, a multi-layered security cover has been put at the Red Fort from where Prime Minister Narendra Modi will address the nation on the 75th Independence Day.

Multi-layered security arrangements are also in place with heavy barricading and extra picket deployments at vital installations across the city, including the Indira Gandhi International Airport, railway stations and bus terminals along with border areas to thwart any untoward incident.

Anti-sabotage checks are being carried out and patrolling has been intensified across the city, including on the Yamuna river…