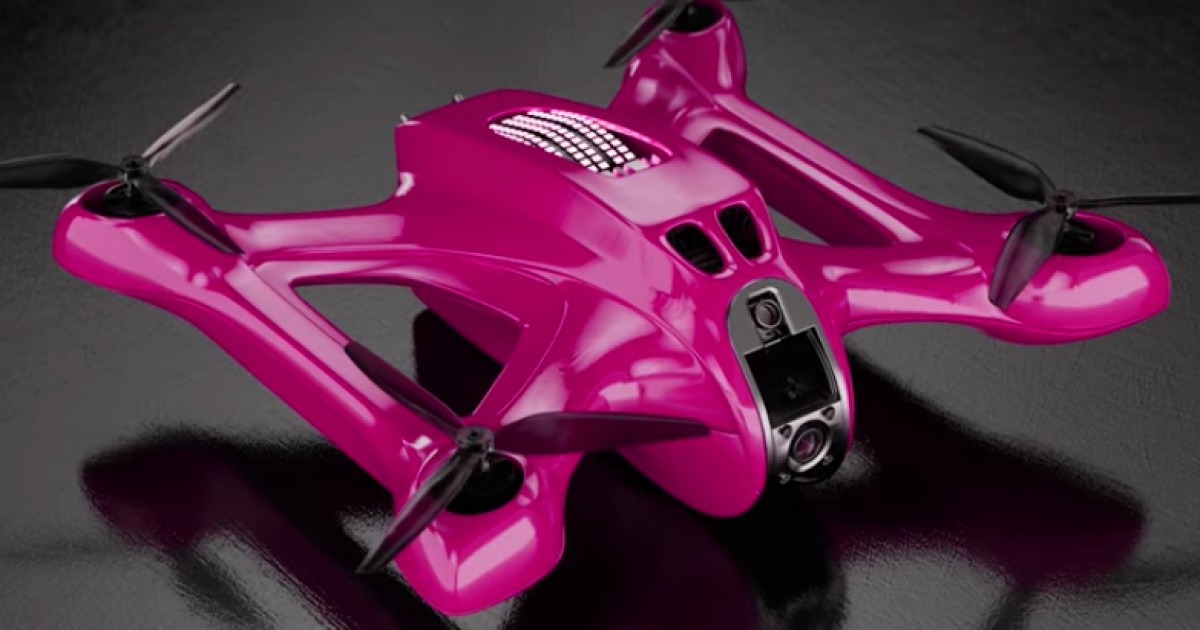 While drone racing is becoming increasingly popular as a televised sport, the grainy and glitchy live video from the drones’ onboard cameras still leaves something to be desired. T-Mobile and The Drone Racing League (DRL) have set about addressing that problem, with a new 5G racing drone.

The Magenta 5G Drone is a compact quadcopter that delivers over 2.4 kg (5.3 lb) of thrust. It has a flight time of five minutes per charge of its lithium-polymer battery, which is reportedly sufficient for it to fly through an entire mile-long course at speeds of over 60 mph (96.5 km/h).

The copter is equipped with a 5G module, along with both FPV (first person view) and HD cameras. Real-time video from the latter will be streamed to broadcasters via T-Mobile’s 5G wireless network, for inclusion in live coverage of drone races during the DRL’s 2021-2022 season.

That being said, the aircraft could also be utilized in other sports.

In fact, its first public flight will take place on Aug. 12th in the…