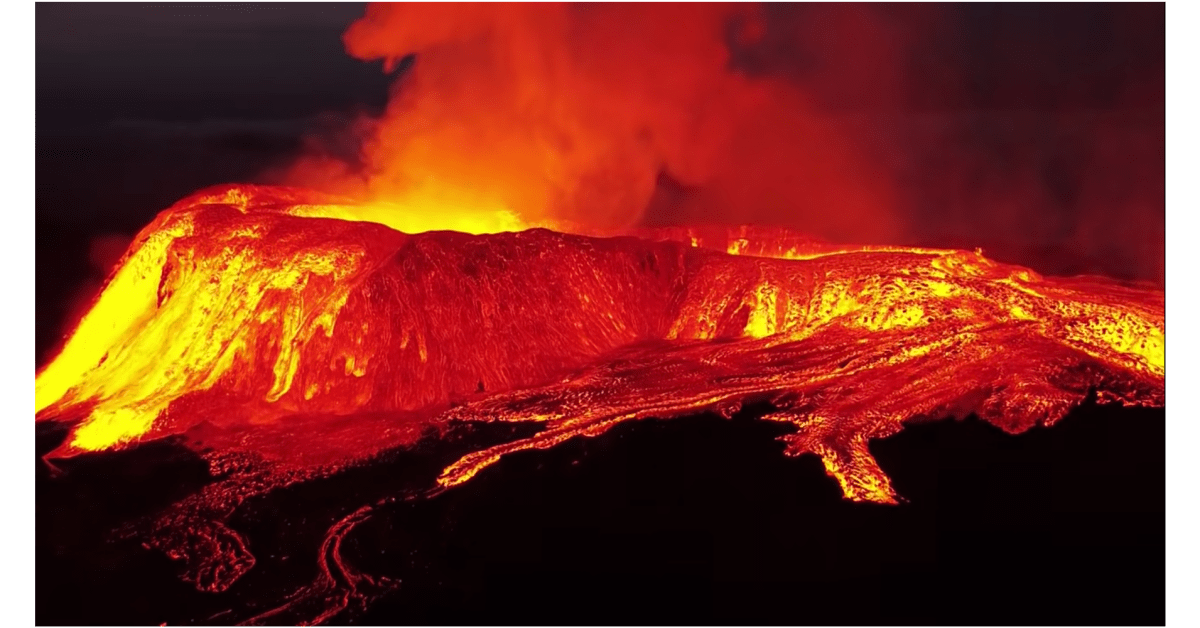 Did you see the image that comes with this story? Of all of the Iceland volcano drone videos we’ve seen, this one – showing lava literally overflowing the entire volcano – is perhaps the most spectacular.

The more we see, the more we realize that Iceland’s Fagradalsfjall volcano is almost like a living thing, in a state of constant evolution. Its behavior can change by the hour, with it even appearing to take extended breaks in its ongoing eruption.

But this? This piece of video captures a huge release of lava that literally subsumes the entire volcano.

Magma is found, as you likely know, beneath the surface of the earth. It’s super-hot and in a semi-liquid state. When it finds its way to the surface and begins to cool, it’s called lava. All igneous rock is formed this way (or at least that’s our understanding – but hey, we’re drone geeks and not volcanologists).

The pressure exerted by magma waxes and wanes. And so…