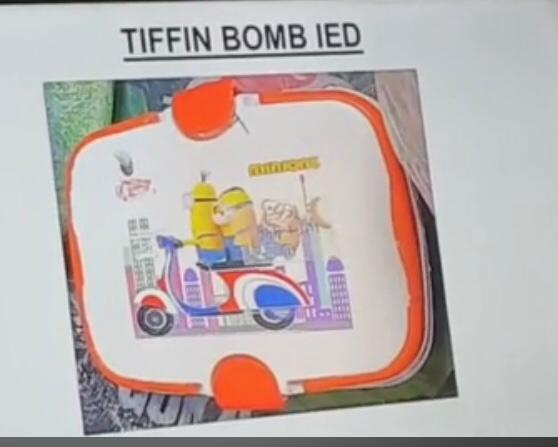 A tiffin carrying an IED explosive was found at Daleke village of Amritsar on Sunday evening.

This was stated by Punjab DGP Dinkar Gupta. He said it could have been delivered via a drone from Pakistan. Five hand grenades were also found in a bag that contained the tiffin box.

The DGP said that on the intervening night of August 7 and 8, drones were heard in the area. Then the police got an input that a bag was found abandoned in suspicious circumstances. Upon opening it, the police found seven pouches in the bag that contained plastic tiffin, five hand grenades and 100 cartridges. An explosive substance weighing 2 kg, a switch and a remote control device were also found.

The sarpanch had called up the police about the sound of the drones.

“We have called the NSG. They are looking into the matter. The team came on Sunday night and gave the preliminary report that it was a…