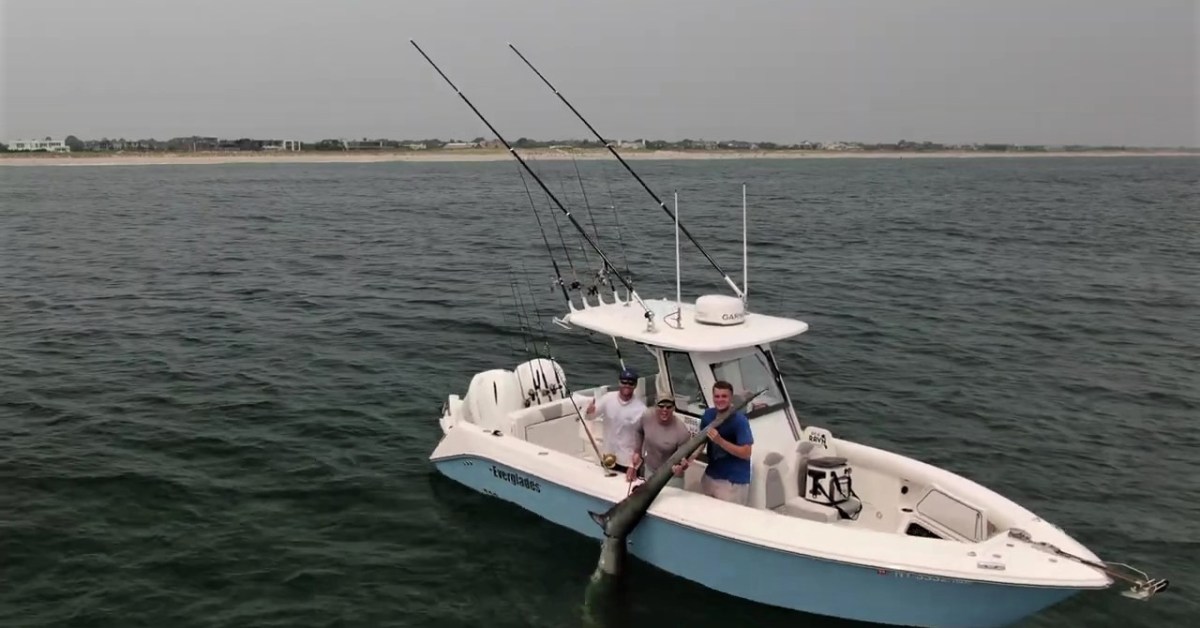 Shark frenzy is continuing in New York’s Long Island beaches. And drone pilots are making the most of it. But while most are leveraging the clear waters and sunny days to film whatever’s going on under the surface, Tim Regan’s week has been a bit more exciting. After all, it’s not every day you witness a fishing crew fight a 487-pound thresher shark within a quarter-mile of the beach.

Tim is a Part 107 certified drone pilot and the field editor for On The Water magazine. He has been spending the summer chasing southern sharks, bluefin tuna, funky rays, and humpback whales as they make their way toward the coast.

In the week of July 22 though, as Tim was investigating bunker schools, he got a call from his friend Chris Ravn. Chris and his crew, Jay Ferrara and Alex Sorensen, had spotted a shark tail about 300 yards from a Hamptons beach and pitched it a live bunker.

Only if it were as simple as that….