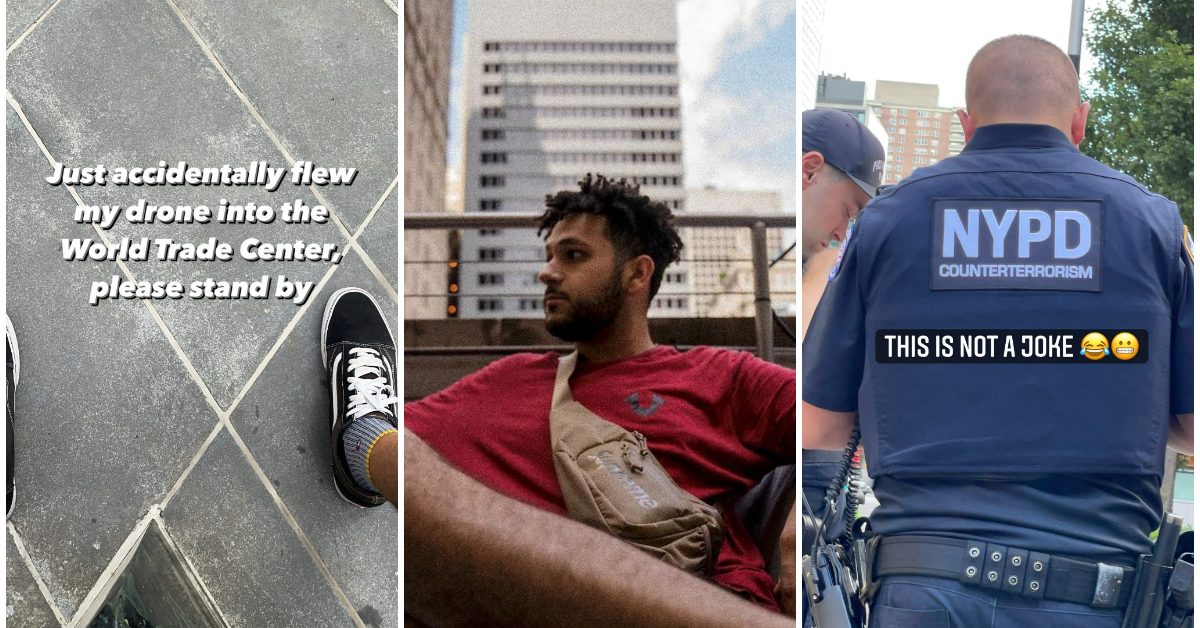 A 22-year-old videographer and financial trader from Texas could never have guessed that he would be spending day two of his New York vacation with the FBI and New York Police Department’s counterterrorism unit. But that’s what happens when you accidentally fly a drone into the 7 World Trade Center building.

Adam Ismail, who lives in Dallas, learned a hard lesson about drone regulations on Monday afternoon when his DJI Air 2S drone crashed into the 52-story Lower Manhattan building and got lodged on the building’s facade on the third floor.

The drone was about eight stories into the air before it crashed and got stuck between two glass panels right above the front entrance of the building.